India   Politics  02 Mar 2022  Gorakhpur among 57 seats in UP to go to polls tomorrow
India, Politics

Gorakhpur among 57 seats in UP to go to polls tomorrow

Fifty-seven Assembly seats, out of which the BJP had won 46 during the last Assembly polls in 2017 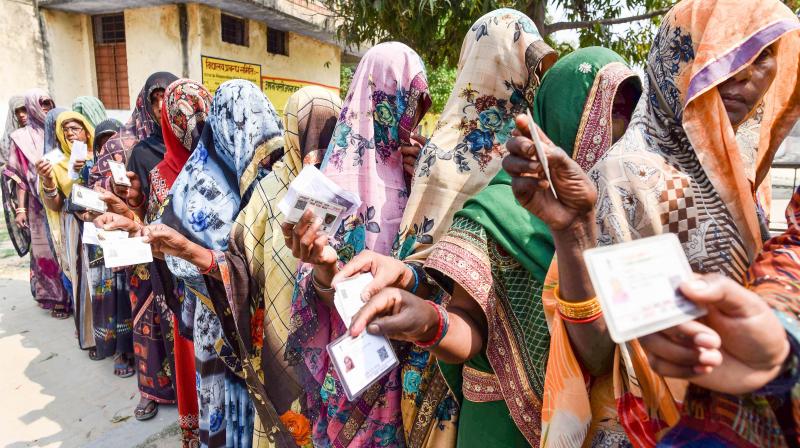 People stand in a queue to cast their votes during the fifth phase of Uttar Pradesh Assembly elections, on the outskirts Kashiya village, in Kaushambi district.(PTI Photo)

New Delhi: Fifty-seven Assembly seats, out of which the BJP had won 46 during the last Assembly polls in 2017, will go to the polls in the second last phase of the Uttar Pradesh elections on Thursday, March 3.

A total of 10 districts -- Ambedkar Nagar, Balrampur, Siddharthnagar, Basti, Sant Kabir Nagar, Maharajganj, Gorakhpur, Kushinagar, Deoria and Ballia -- will see voting in the sixth phase. The prominent Assembly seats that will go to the polls in this phase include Gorakhpur Urban, from where chief minister Yogi Adityanath is making his Assembly poll debut.

The other prominent candidates include Congress state president Ajay Kumar Lallu from Tamkuhi Raj, former BJP minister Swami Prasad Maurya, now a SP candidate, from Fazilnagar and Leader of the Opposition in the Assembly and senior Samajwadi leader Ram Govind Chaudhary from Bansi. The Samajwadi Party has fielded the wife of late Upendra Dutt Shukla, a former BJP leader, against Yogi Adityanath.

UP state ministers Surya Pratap Shahi, Satish Chandra Dwivedi, Jai Pratap Singh, Shree Ram Chauhan and Jai Prakash Nishad will also be trying their luck in this phase, for which the campaigning ended on Tuesday.

The Prime Minister, campaigning for the BJP, attacked the party’s rivals by tagging them as “ghor pariwarvadis” (staunch dynasts) who, he said, can never make India capable or Uttar Pradesh empowered.

In a bid to rebut this, Ms Vadra said that the BJP was going all out to target her family because it had not bowed down to the saffron party.

SP chief Akhilesh Yadav, while campaigning in these seats, had accused the BJP of hatching a conspiracy to do away with all reservations and of “selling” government organisations to the private sector.