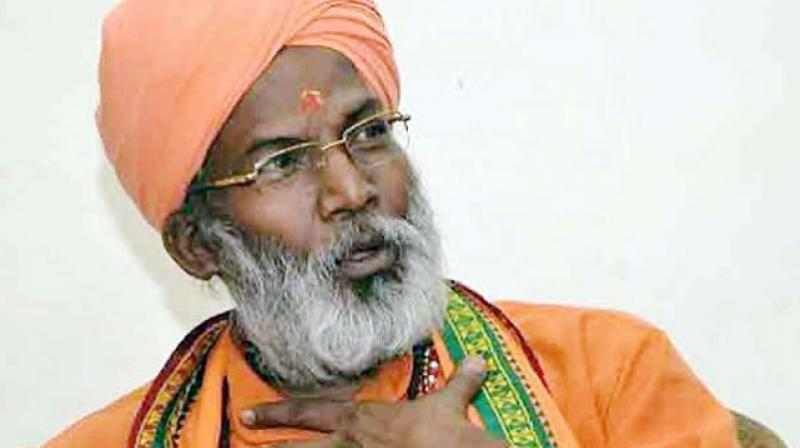 Haridwar: BJP MP Sakshi Maharaj, on Sunday, said that West Bengal Chief Minister Mamata Banerjee "belongs to the family of demon king Hirankashyap," an ancient Hindu ruler who is believed to have put his son Prahlad behind the bars and tortured him for believing in God.

"She gets irritated, put people behind bars, abuse them and conspires against those who say 'Jai Shri Ram", he said.

Mamata Banerjee, on Sunday, criticised the Bharatiya Janata Party (BJP) and said that its leaders are using the religious slogan, 'Jai Shri Ram' as their party slogan in a "misconceived manner".

Banerjee had on May 30 reprimanded people chanting 'Jai Shri Ram' slogan in North 24 Parganas saying, "they are BJP people and criminals from outside the state."

On Saturday, a scuffle broke out between the police and a group of people who were allegedly raising 'Jai Shri Ram' slogans outside the residence of TMC leader and Minister for Fire department Sujit Bose in Kanchrapara.