Cabinet rejig on the cards, Scindia, Sonowal maybe in 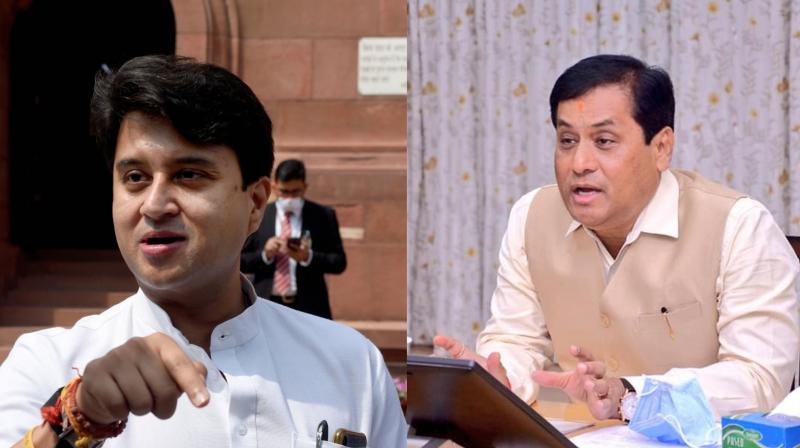 New Delhi: Speculation is rife that the much-awaited reshuffle of Prime Minister Narendra Modi’s Cabinet could take place soon. The first reshuffle in the NDA 2:0 could see some more allies getting representations. The Republican Party of India's Ramdas Athawale is the only non-BJP leader in the current NDA government after Shiv Sena and SAD quit the ruling alliance and LJP’s Ram Vilas Paswan’s demise.

With crucial Assembly elections, including Uttar Pradesh, Uttarakhand and Punjab lined up, these states could see more representation in the reshuffle of the Council of Ministers. Sources disclosed that UP will be one of the states that will see adequate representation, including a Brahmin face as the community is said to be feeling disenchanted with the BJP under Yogi Adityanath’s rule.

Speculation is rife that a couple of BJP ministers could be sent back to the organisation. Ever since the second wave of Covid-19 started ebbing, a series of physical meetings have taken place between the PM, senior Cabinet ministers and BJP president J.P. Nadda, giving rise to speculations of a rejig in the Modi government.

Parliament's Monsoon session is likely to begin from the third week of this month and the expectation is that the Cabinet reshuffle could take place before that.