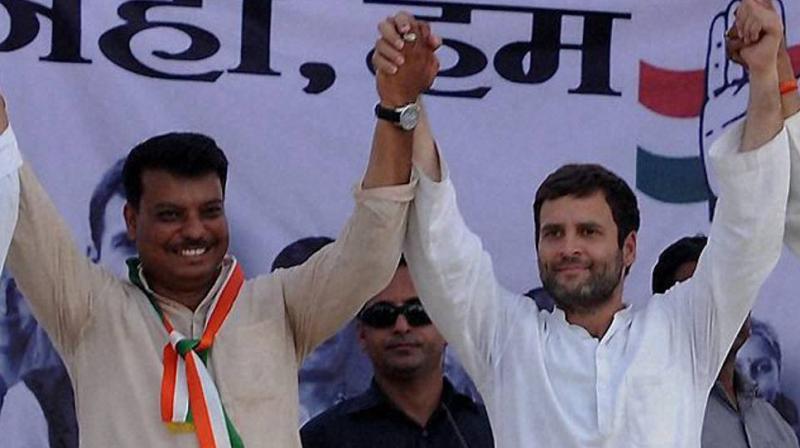 Singhar’s comment has triggered a row in the party with several senior leaders mulling to move the party leadership in Madhya Pradesh seeking disciplinary action against him.

In a twitter post, Singhar said many leaders and workers of Congress as well as the Nehru-Gandhi family have made many sacrifices since freedom movement in the country. But, some Congress leaders are now out to destroy Congress and its youth leadership to further their interests.

Singhar had posted the message, targeting veterans in the party, on the occasion of Eid.

His comments sparked a huge row in the Congress here with several senior party leaders deciding to take up the matter with the MP Pradesh Congress Committee (PCC) president and former chief minister Kamal Nath for action.

"Singhar is trying to drive a wedge between the youth and the senior leaders in the party by giving such comments which may prove detrimental to the interest of party ahead of by-elections to 27 assembly constituencies in MP. We are going to take up the matter with Nath for action”, a senior Congress leader here said requesting not to be quoted

Singhar, a key tribal leader of Congress in Madhya Pradesh, had a few months ago set off a storm in Congress in MP when he called Congress veteran and former chief minister Digivijay Singh a ‘blackmailer’.

The party high command had taken strong exception to his comment and referred the matter to the disciplinary committee of the party.

The matter was still pending with the committee.