Earlier, four-time MLA Rupjyoti Kurmi, who was the lone Congress MLA from the Tea Tribe community, had resigned as an MLA in June 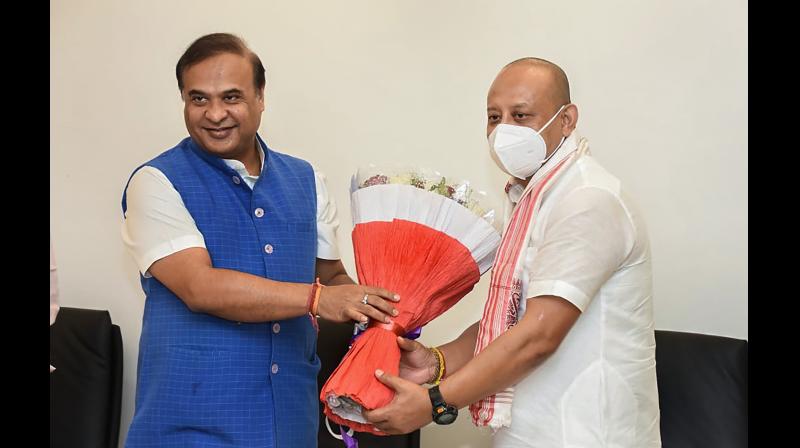 Guwahati: In what may be called a major political setback for the Congress party in Assam, its two-time MLA Sushanta Borgohain who had resigned from the primary membership of the party on Friday, joined the BJP in presence of Assam Chief Minister Himanta Biswa Sarma on Sunday.

Borgohain, MLA from Thowra seat in upper Assam, has also quit the state Assembly and the speaker has accepted his resignation.

Borgohain is the second Assam MLA from the Congress to quit the party since the BJP government led by Himanta Biswa Sarma took charge in the state. Earlier, four-time MLA Rupjyoti Kurmi, who was the lone Congress MLA from the Tea Tribe community, had resigned as a legislator in June and joined the BJP.

In his resignation letter to Assam Congress president Bhupen Borah, Borgohain said that the prevailing situation in the Assam Congress forced him to take the painful decision despite his efforts to help the party remain relevant in the state.

“Unfortunately, all the efforts in this direction prove futile, compelling me to take this ultimate decision and the exact reasons for such a painful move on my part have already been conveyed to the senior leadership of the party both in the state and at the centre,” Borgohain said in his letter to Assam Congress president.

As Borgohain had indicated that he was going to join BJP, the opposition Congress on Saturday wrote to Assam Legislative Assembly speaker Biswajit Daimary to disqualify Sushanta Borgohain as a MLA under anti-defection law following his resignation from the party.

Leader of Opposition in the Assembly Debabrata Saikia in the letter to Daimary, requested him to take necessary action as per the 10th Schedule of the Indian Constitution’ and disqualify  Borgohain.

It is significant that APCC general secretary Barnali Saikia Bora, who was an OSD to former chief minister Tarun Gogoi, also resigned from Congress on Friday. Besides the flight of two legislators, the Congress is facing many other party leaders crossing over to the saffron party in the state.