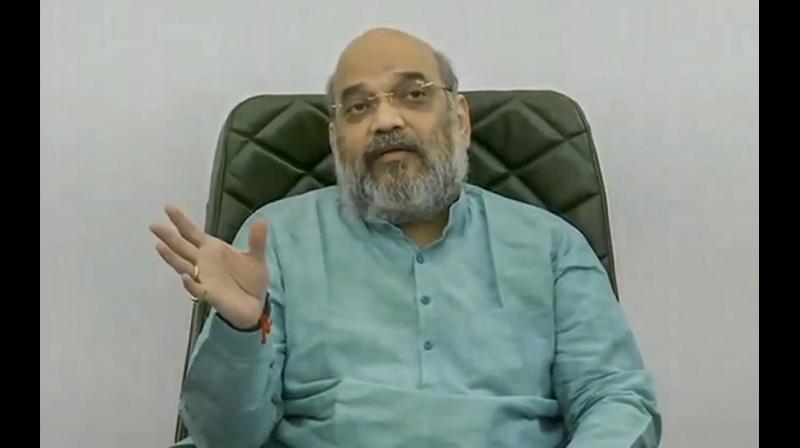 The two states have been at loggerheads over the boundary dispute for decades. (PTI)

Guwahati: After the intervention of Union home minister Amit Shah, the Assam and Mizoram chief ministers on Sunday agreed to resolve the ongoing border dispute between the two neighbouring states amicably through dialogue.

This came to light after Mizoram chief minister Zoramthanga in his social media post on Sunday said that the boundary dispute with Assam will be resolved amicably through dialogue.

He also appealed to the people of Mizoram to prevent any possible escalation of the situation.

Later during the day Assam chief minister also reciprocated in a social media post by his twitter handle saying, “Our main focus is on keeping the spirit of North-East alive. What happened along the Assam-Mizoram border is unacceptable to the people of both the states. Mr Zoramthanga had promised to call me after his quarantine. Border disputes can only be resolved through discussion.”

Meanwhile, the disputed area of the inter-state border has been handed over to CRPF which will be acting as neutral forces in the disputed territory.

Informing that ministry of home affairs has also asked the two states to restore movement of emergency and essential supplies as part of the de-escalation plan, security sources said that the ministry has also directed both the states that their officers and forces will not be allowed to carry arms while visiting the conflict zone which is now manned by central forces.

Both the states have refused to honour the summons that were issued by each other following the clashes. Mizoram has named Assam Chief Minister and other top officials in its FIR over the incident.

The FIR that was filed under several sections of the Indian Penal Code, including "attempt to murder", said Assam police personnel, acting under instructions from Mr Sarma himself, refused to have an "amicable dialogue" with the Mizoram police on the day of the incident. Mr Sarma, on his part, had asked why a neutral agency can't investigate the matter.

The two states have been at loggerheads over the boundary dispute for decades, but Monday's clashes flared up over an alleged construction by Mizoram in the disputed stretch on the inter-state border at Lailapur under Dhalai of Cachar district in southern Assam and Vairengte in Kolasib district of northern Mizoram.

Mizoram accused that the violence started after the Assam Police crossed the border and "over-ran" a police post at Kolasib and damaged vehicles on the national highway and opened fire on the state police.

It is significant that Assam and Mizoram have been engaged in a tense border stand-off after seven people, including six Assam Police personnel, were killed and scores injured in a clash along the Mizoram-Assam inter-state border on July 26.