The 12-minute video shows Mr Mann entering the Parliament gate, tracks him down inside the building to offices where he shows how paper work. 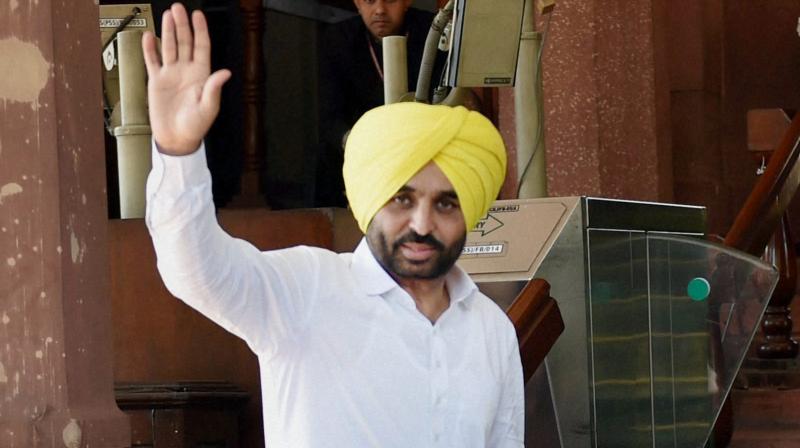 New Delhi: Members belonging to Opposition parties in a panel probing AAP MP Bhagwant Mann’s controversial video of the Parliament House complex have threatened to submit a dissent note in case stringent punishment was meted out to the Punjab legislator.

Sources said that while a broad consensus has been arrived at to limit the punishment to a one-day suspension, the BJP members have been pushing for a stronger message.

The nine-member committee, headed by BJP MP Kirit Somaiya, met recently to finalise a draft report after Mr Mann tendered an unconditional apology. Sources said Mr Mann, who has appeared before the committee thrice, has already tendered an apology but the panel was waiting for the Sangrur MP’s written submission before taking a decision.

Mr Mann has also withdrawn his remarks that Prime Minister Narendra Modi be also summoned for inviting ISI officials to Pathankot airbase after a terror attack there.

The 12-minute video shows Mr Mann entering the Parliament gate and tracks him down inside the building to offices where he shows how paper work and reports are processed.  The video sparked an uproar with several legislators saying that it had compromised the security of Parliament.