BJP turns to Varun Gandhi, Murli Manohar Joshi in UP 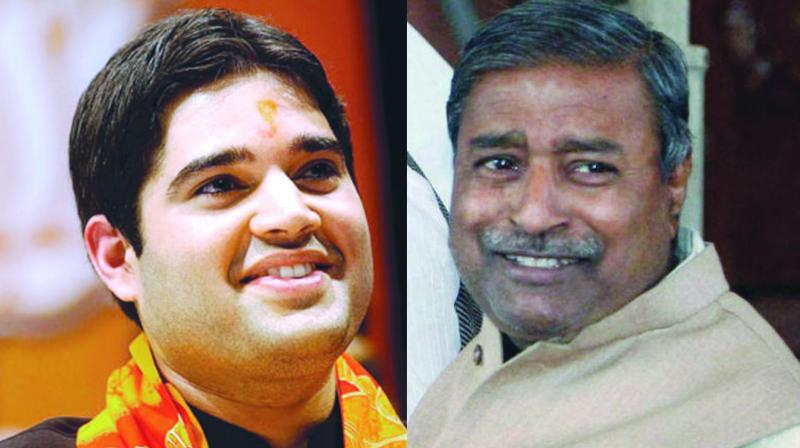 New Delhi: With the going getting tough, the BJP has summoned all its strength for the coming Assembly elections in Uttar Pradesh. All three key leaders whose names were missing from its first list of “star campaigners” — Varun Gandhi, Vinay Katiyar and Murli Manohar Joshi — for the first and second phase of polling, have been included in the second list of campaigners for the third and fourth phases submitted to the Election Commission.

BJP president Amit Shah will embark on a two-hour-long padyatra in Meerut on Friday, and this will be followed by Prime Minister Narendra Modi’s rally on Saturday.

Mr Shah’s maiden padyatra in the region, comes as the party looks to do well in communally-sensitive western UP and its neighbouring areas, whose 140 Assembly seats will vote on February 11 and 15.

However, veteran leader Lal Krishna Advani’s name is missing from the second list of “star campaigners” too.

Mr Gandhi represents Sultanpur parliamentary constituency, Dr Joshi is Kanpur’s MP and Mr Katiyar, who had played a prominent role in the Ram Mandir agitation, is a Rajya Sabha MP. Comedian Raju Shrivastava is also among the 40 star campaigners for the third and fourth phases of polling.