As the session began, members of the Samajwadi Party stormed the Well of the House demanding a discussion on the violence in Kasganj. 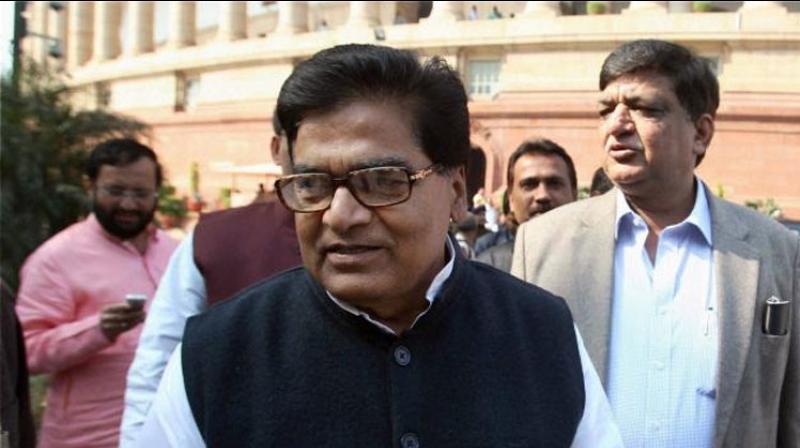 New Delhi: Rajya Sabha was adjourned for an hour on Friday over Kasganj violence and Delhi sealing. As the session began, members of the Samajwadi Party stormed the Well of the House demanding a discussion on the violence in Kasganj, Uttar Pradesh.

Samajwadi Party MP Ram Gopal Yadav said in the House, “Atrocities are being perpetrated against minorities in Kasganj... They are being suppressed...(their) houses are being vandalised.”

Responding to the SP’s protest, deputy chairman of Rajya Sabha P.J. Kurian asked them to give a notice for discussion. He further added, “I cannot ask the government (to reply on the issue). It is up to them.” Communal violence had erupted in Kasganj on January 26 leading to the death of one person.

Newly-elected members of the Aam Aadmi Party also rushed to the Well of the House demanding that the government explain the drive to seal business establishments in Delhi. The Congress also joined the AAP on this issue.

Leader of Opposition Ghulam Nabi Azad said, “The government should explain these sealings. Delhi is the second home of all MPs. As it is this government has done much harm to business and now business establishments are being sealed.”

The deputy chairman responded that the issue was supposed to be raised in the zero hour but the House had to be adjourned because of disruption, hence it could not be taken up.

Meanwhile, Congress MP K.V.P. Ramachandra Rao also entered the Well of the House holding a placard with the slogan “Help Andhra Pradesh”, though he did not utter a word. The deputy chairman took strong exception to Mr Rao’s action and asked Mr Azad to call the Congress MP back to his seat.