The AAP candidate said there is no development in Allahabad, which recently hosted world's largest congregation of people in Kumbh Mela. 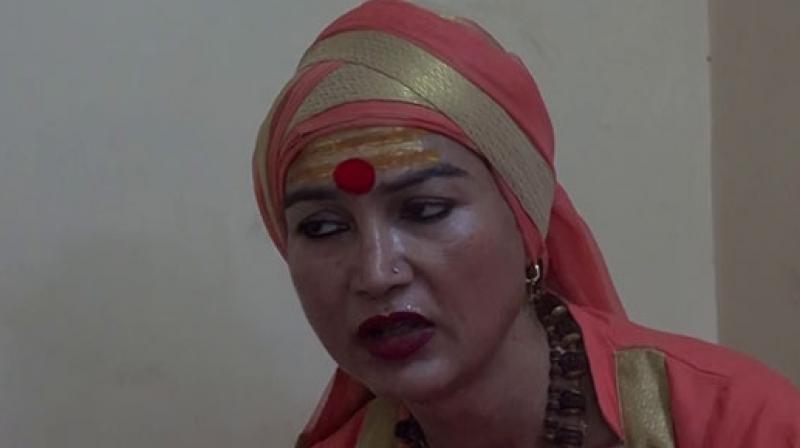 Allahabad: In a first, the Aam Aadmi Party (AAP) has fielded a transgender candidate in the Allahabad Lok Sabha constituency of Uttar Pradesh.

AAP's Bhawani Nath Valmiki, popularly known as Bhawani Ma, is in the fray against BJP's Rita Bahuguna Joshi and Rajendra Pratap Singh of Samajwadi Party-Bahujan Samaj Party alliance. The constituency is set to go to polls on May 12.

The AAP leader said: "When I decided to join politics, I talked to many parties. But they thought I was not a fit for them. AAP listened to me, and my ideas, they told me I am the right candidate for them and gave me a ticket."

Bhawani further said that AAP's idea of fielding a transgender candidate is a victory for society.

"Being a mahamandaleshwar (head) I cannot solve their problem. But if I become MP, I can resolve their issues," the AAP leader said.

Bhawani further said that the Allahabad constituency was represented by three prime ministers but the fate of the city has not changed.

"This is unfortunate that there is only one hand pump for 200 families in some areas. Three prime ministers had represented Allahabad constituency," said Bhawani who heads the Kinnar Akhara.

"Unemployment is on the rise here. Education, employment, water and medical facilities are my priorities which is why I have joined politics and will look into it when I would become MP," Bhawani added.

The AAP candidate said that there is no development in the religious city of Allahabad, which recently hosted the world's largest congregation of people in the Kumbh Mela. The Kinnar Akhara participated for the first time in the Kumbh Mela.

"I am a transgender person and the AAP gave me importance. I am now contesting on an AAP ticket in Allahabad parliamentary constituency. I am campaigning door to door and am paying attention to the problems of the people," transgender told ANI.

"There is no way I can solve the problems of the people other than this. For 70 years, many policies have been framed but there was a lack of intention. Big parties come up manifestoes but there is no implementation. It should be made mandatory that manifestos should be implemented in five years," Bhawani said.