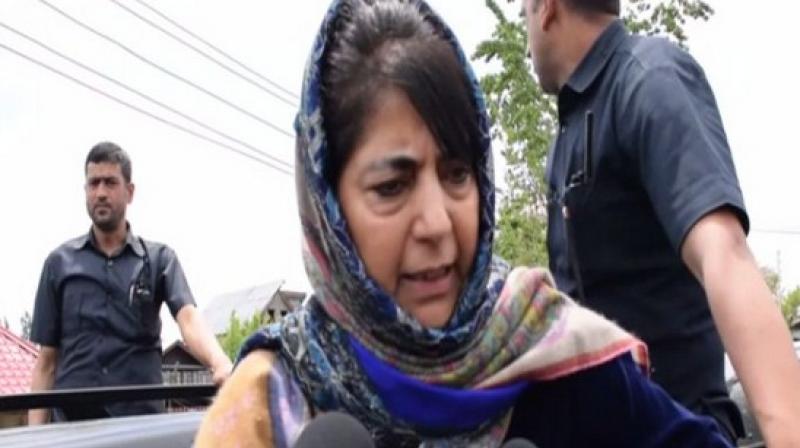 "Since 1947, Kashmir has been looked through the prism of security by successive governments. It's a political problem that needs a political redressal by involving all stakeholders including Pakistan. Expecting a quick fix through brute force by newly appointed HM is ridiculously naive," she tweeted.

Amit Shah on Saturday took charge as Home Minister in the Modi government. He will have to address issues like scrapping the special status of Kashmir under Article 370 of the constitution, an issue dear to the party and the Sangh Parivar for long and a promise included in the manifesto during the recent elections.

Shah's first responsibility will be to ensure that Pulwama like attacks on security forces or on civilians, especially in Jammu and Kashmir, do not take place for which he has to take steps to revitalize the security establishment.

The other major issue that will come up for review in the Home Ministry will be whether to continue with the muscular anti-terror policy being pursued in Kashmir and whether the government would give an opportunity for internal dialogue with various stakeholders in the troubled state.