Neither PM nor BJP interested in conceding statehood demand of Pondy: Narayanasamy 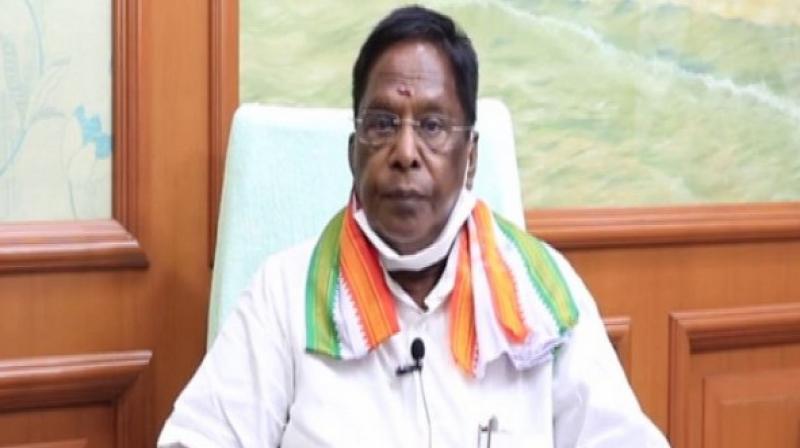 Addressing reporters on Friday night, he said when Modi was on a visit to the union territory for poll campaign in February, he did not respond to the plea of AINRC made at a public campaign here for statehood for Puducherry.

"The Prime Minister chose to remain silent on the demand and this proved that he is not interested in granting statehood for Puducherry," he claimed.

The delegation of two Ministers of Puducherry belonging to the BJP and also the other legislators of the party who met the Prime Minister and Central Ministers recently in Delhi did not make any demand for statehood.

"It is therefore very clear that neither Prime Minister nor the BJP is interested in ensuring statehood for Puducherry," he said.

Narayanasamy recalled that the Congress and its alliance partners had launched a series of agitations for statehood during the previous Congress government headed by him here.

"Once statehood is available, the financial status of Puducherry would improve. Decisions taken by the elected government could be implemented fast and Puducherry would be included in the Central Finance Commission," he pointed out.

The former Chief Minister also took strong exception to the Centre's silence on the rise of petrol, diesel and cooking gas cylinder prices.

Very soon signatures from the public would be obtained through special campaigns by the Congress as per directions of the AICC to urge the Centre to roll back the hike in prices, he said.