Old vs young war within Congress flares up

Another senior leader Manish Tewari, known to be close to Gandhi, blamed the UPA-2 for the Congress’ 2014 defeat 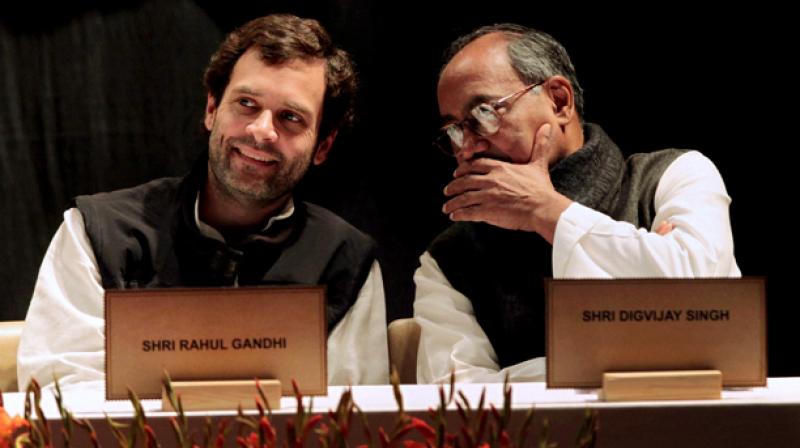 New Delhi: The fresh internecine war between the so-called old guard and new leaders in the Congress raged on, with senior leader Digvijay Singh on Sunday bringing in Rahul Gandhi directly, saying the former Congress chief should be more active inside Parliament and undertake “yatras” across India.

“He is different and wants to do politics differently. We should allow him to do so, but we also would like him to be more active in Parliament and be more accessible to people. As advised by Sharad Pawar, he should go around India. ‘Yatras’ are important to connect,” Singh tweeted.

Another senior leader Manish Tewari, one of the first to speak after the virtual meeting of Rajya Sabha MPs with Sonia Gandhi, where Rajiv Satav and K.C. Venugopal, known to be close to Gandhi, blamed the UPA-2 for the Congress’ 2014 defeat, on Sunday tweeted a link of the achievements of Dr Manmohan Singh’s prime ministership.

“Unfortunately, UPA could not surmount sinister conspiracies against it for it was/is led by two genteel and decent souls SG & MMS” Tewari tweeted.

Sources said the outburst by Mr Satav and Mr Venugopal at last week’s meeting was Team Rahul’s effort to reclaim space after the Madhya Pradesh and Rajasthan revolts by Jyotiraditya Scindia and Sacin Pilot, both known as close to  Gandhi.

The retribution on the social media by the old guard was swift.  Sonia Gandhi’s term as interim president ends on August 10.