People may seek PM's resignation if woes not resolved: Raut 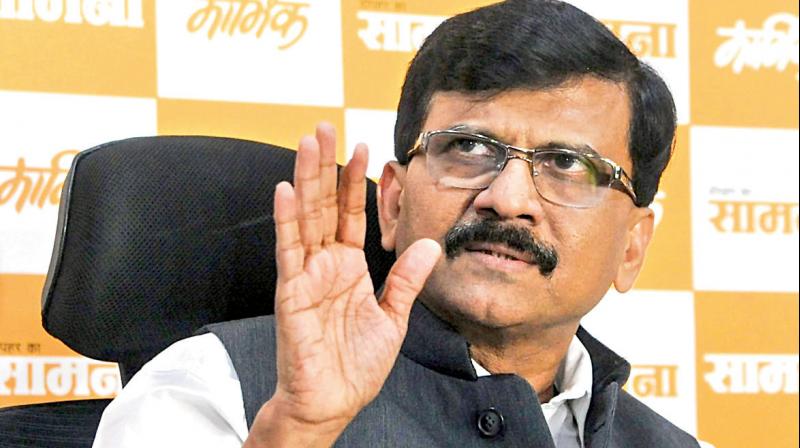 Mumbai: Senior Shiv Sena leader Sanjay Raut has warned that people may seek Prime Minister Narendra Modi’s resignation for the failure in tackling the coronavirus pandemic and economic crisis in the country.

“Coronavirus has created a huge question mark in every household in the country over its survival. Israel Prime Minister Benjamin Netanyahu is a friend of PM Modi. Enraged by the financial problems and corona failure, the Israeli people have started protesting on roads and demanding Netanyahu’s resignation. India too could witness the same,” said Mr Raut in his weekly column titled Rokhthok (forthright) in the Shiv Sena mouthpiece Saamana on Sunday.

Due to the coronavirus pandemic, 10 crore people have lost their livelihood and the crisis has affected 40 crore families. The trade and industry have suffered losses to the tune of about `4 lakh crore. There is a limit to people’s patience. They cannot just survive on hope and assurances. No one had ever felt so insecure about their lives, said the Rajya Sabha MP.

The salaries of government employees might be paid by taking loans. But a large section of the society has been left unnoticed on how they are surviving. There is a cobbler on the road, who is living without work for four months. He has not been benefited even a bit by the `20 lakh crore package announced by the Prime Minister,  Raut added.

The Sena leader took a dig at the Centre asking whether Rafale jets equipped with bombs and missile carrying capacity would be able to destroy the problems of unemployment and economic challenges in the country.

Section 144 (prohibitory orders) was imposed around the Ambala Air Force station to protect the five Rafale jets on their arrival from France recently. Before Rafale, Sukhoi and MiG aircraft have also come to India, but such a ‘celebration’ was never done, said Mr Raut. “Efforts are on to divert people’s attention from basic issues under the guise of celebrations,” he added.