J&K parties are angry at ‘no passport, no government job’ to stone-pelters diktat 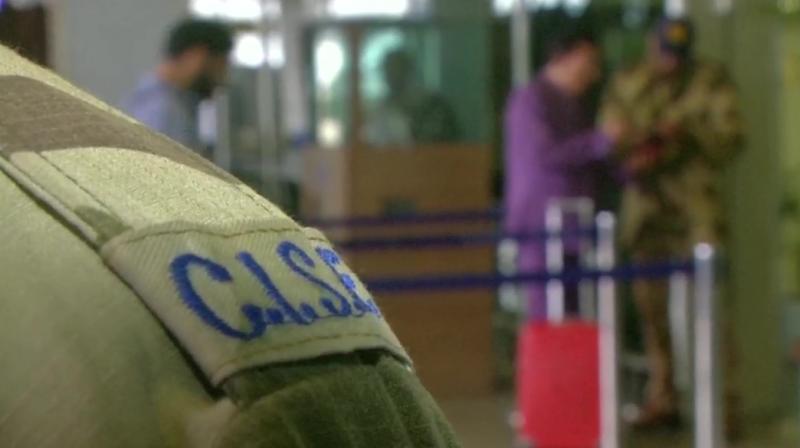 SRINAGAR : Various mainstream political parties barring Bharatiya Janata Party (BJP) have expressed their anger and dismay over the Jammu and Kashmir police’s latest diktat that all those involved in stone-pelting or subversive activities will be denied the mandatory security clearance for issuance of passport and appointment to any government job.

SSP of the Criminal Investigation Department (Special Branch) of the J&K police at Srinagar had at the weekend directed all the field units under it to ensure that the person’s involvement in law and order, stone-pelting cases, and other crime prejudicial to the security of the state be specifically investigated during verification related to passport, service and any other verification related to government schemes.

A circular signed by the officer said that any subject found involved in any such cases must be denied the security clearance. It also said that digital evidence, like CCTV footage, photographs, videos and audio clips, quadcopter images available in the records of the police, security forces and security agencies be also referred to during the verification.

Some legal experts have pointed out that that the police officer’s seeking denial of security clearance for appointment to any government job goes against the Union Personnel Ministry’s order issued in June 2016 which said that appointments letters will not be withheld pending the verification of character and antecedents of successful candidates, but government would rely on appointees’ self-declaration. The ministry had, at the same time, also said that those candidates who furnish wrong information will face criminal and legal action.

However, BJP’s J&K unit chief Ravinder Raina welcomed the Cid circular saying, “It is a great step and will serve as a severe blow to those conspiring against the country and fleeing abroad to escape accountability”.

Differing with such a view, former chief minister and National Conference (NC) leader Omar Abdullah asserted that denying anyone a passport or any other government service based on an adverse police report cannot withstand legal scrutiny. He said, “An ‘adverse police report’ cannot be a substitute for being found guilty in a court of law.”

He tweeted, “A year and a half ago J&K police were able to create an ‘adverse police report’ to justify my detention under the Public Safety Act that would never have stood up to legal challenge”.

Abdullah, in another tweet, said, “They did the same with scores of others, many of whom had these police reports tossed out by the courts. An executive order cannot replace a court of law. Guilt or innocence must be proven in court & not based on vague unproven police reports”.

People’s Democratic Party (PDP) president and former chief minister Mehbooba Mufti accused the government of adopting double standards and playing dirty games to disparage the people of Kashmir and deny justice to them. She said, “Kashmiris are considered guilty until proven innocent. Whether for a government job or even a passport they are subjected to the worst kind of scrutiny. But when a policeman is known to have facilitated militants, he is let off the hook. The double standards and dirty games are obvious”.

Citing the example of a former police officer Devinder Singh who was dismissed from service by the J&K Lieutenant Governor, Manoj Sinha, in May this year for his alleged links with militants, she said in a tweet, “Innocent Kashmiris arrested under anti-terror laws rot in jails for years. For them the trial becomes the punishment. But GOI doesn’t want an inquiry against a cop caught red handed with militants. Is it because he colluded with the system to orchestrate certain dodgy incidents?”

Separatist Hurriyat Conference amalgam headed by Mirwaiz Umar Farooq expressed its “regret and concern” over the “autocratic orders” issued by the LG’s administration one after another “against the interests of Kashmiri people” which, it alleged,  are to close the doors and recourse to employment for them.

“After the forcible dismissal of dozens of government employees in the last few weeks, now a policy of not issuing passports and denying government jobs to youth under the garb of being so-called stone-pelters or ‘anti-national’ is part of coercive and antipeople policies of the  government aimed at targeting the people of Jammu and Kashmir under a proper plan. Those in charge should rethink their repressive strategy and withdraw such diktats that will only lead to further resentment.,” it said in a stamen here on Monday.

Former Minister and leader of J&K Apni Party Altaf Bukhari said that such “mindless decisions” negate Prime Minister Narendra Modi’s ‘vision' on Kashmir'. He also said, "Such arbitrary decisions will only push the youth into further alienation and prove counterproductive for the peace and reconciliation process in J&K. The SSP CID’s latest order is totally in contradiction to the promises and vision of Prime Minister and Union Home Minister which envisage a better and prosperous future for the people of J&K especially its promising youth.”