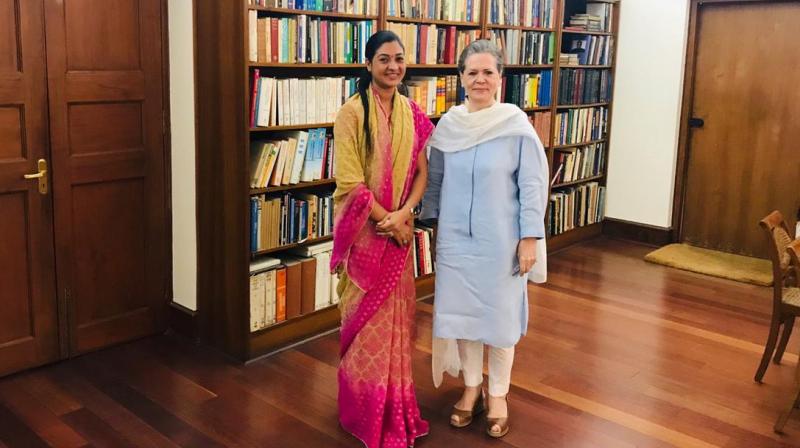 Lamba has been at odds with the party for some time now. (Photo: ANI)

Earlier in August, rebel Aam Aadmi Party legislator Alka Lamba said that she has made up her mind to quit the party and is considering contesting the upcoming Delhi assembly elections as an independent candidate. The AAP, however, called it just a "publicity stunt".

I am not called to meetings. I am insulted repeatedly. I spent 20 years in the Congress and even there I struggled with family politics but in the AAP I do not get the basic respect," she claimed.

"I have made up my mind to quit the party and will make an official announcement on August 4 if I would contest independently or not," she told PTI.

"The day I spend the money allocated to me for the development work of my assembly, the next day I will quit the party," she said.

"Alka Lamba is a serial attention seeker. She has declared many times in the past about quitting the party but she is scared of losing her MLA seat. If she had to resign, she should send a resignation letter to party leadership, which she has not some. Declaring to media is just theatrics," the AAP's Greater Kailash legislator Saurabh Bharadwaj said.

Assembly elections in Delhi are due early next year.

Lamba has been at odds with the party for some time now.

After the party's defeat in Lok Sabha polls, she had sought accountability from AAP chief Arvind Kejriwal following which she was removed from the official WhatsApp group of the party lawmakers.

Lamba also refused to campaign for the party in the Lok Sabha polls and even refrained from participating in Arvind Kejriwal's roadshow after she was asked to walk behind his car during the event.

In April, Lamba engaged in a bitter Twitter spat with Bharadwaj, who in taunt, had her to resign from the party.

She had first hit a rough patch with the AAP over its decision to pass a resolution to revoke Rajiv Gandhi's Bharat Ratna. Lamba had raised objections to the party's resolution.

In December, she said in a tweet that AAP had asked her to support the resolution, which she refused. Lamba then added that she was ready to face any punishment because of her actions.

She had won the Chandni Chowk assembly seat in the 2013 Delhi elections. Before joining Kejriwal, she was part of the Congress women's wing.