Shah further said that the SPG law wasn't amended to target one family. 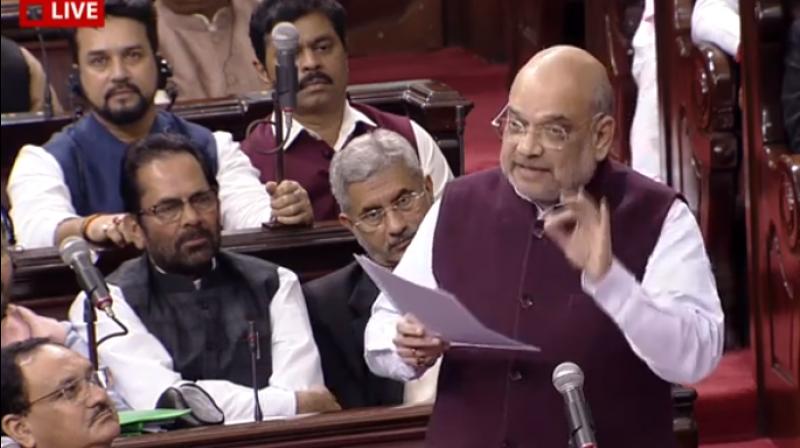 Shah was responding to concerns around security cover to members of the Gandhi family during an acrimonious debate on the amendment to the SPG. (Photo: ANI)

New Delhi: Home Minister Amit Shah on Monday said three security personnel have been suspended and a high-level inquiry has been ordered into the breach at Congress leader Priyanka Gandhi's house.

Shah was responding to concerns around security cover to members of the Gandhi family during an acrimonious debate on the amendment to the Special Protection Group Act (SPG).

He further described security breach at Priyanka Gandhi Vadra's home last week as an ''unlikely coincidence'' of Congress workers arriving in the same car, at the same time when Rahul Gandhi, who has unrestricted access to the house, was expected to come.

On November 25, security personnel posted at Priyanka Gandhi's residence had received information that Rahul would come over in a black Tata Safari. Around the same time, another Safari, which had Congress worker Sharda Tyagi and three others in it instead of Rahul Gandhi, entered the premises and wasn't stopped by the security personnel.

"So the car got in without checks. Despite the bizarre coincidence, we ordered an inquiry and suspended three personnel. We did not want even a .001 per cent chance," said the Home Minister.

He further said that the SPG law wasn't amended to target one family.