Terrorists who attacked army in Uri, Nagrota not yet identified: Mehbooba

The Chief Minister said the National Investigation Agency (NIA) has taken up the investigation of two attacks. 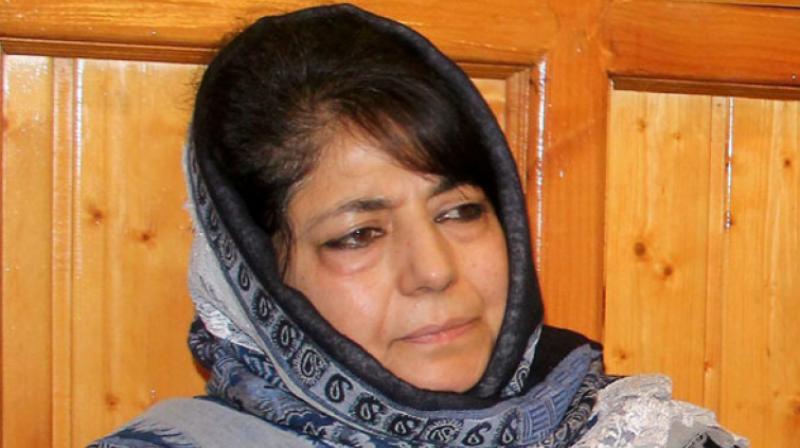 Jammu: The terrorists, who attacked Uri and Nagrota army formations and Poonch in Jammu and Kashmir have not been identified as yet, Chief Minister Mehbooba Mufti told the state Assembly on Tuesday.

Replying to a question, Mehbooba said in written reply, as per reports, the ultras have not been identified so far.

The Chief Minister said the National Investigation Agency (NIA) has taken up the investigation of two attacks.

"Further case FIR No 149/2016 in respect of Poonch terror attack stands registered in Police Station Poonch and the matter is under investigation, she said.

On November 29, seven army men including two Majors lost their lives when three militants attacked an army installation in the Nagorta town on the outskirts of Jammu city.

On September 12 last, three militants were gunned down and a policeman lost his life when militants attacked two different places in the Poonch district of Jammu and Kashmir.

To a question regarding the measures taken to check the recurrence of such incidents in the state, Mehbooba said several steps have been taken in this regard.

"In view of the continued threat of insurgency sponsored from across the border, a number of measures have already been put in place in the state to combat terrorist violence and improve the security situation, she said.

She said the measures include, maintaining greater synergy amongst various security and intelligence agencies, strengthening of counter insurgency grid, inceased alertness by second and third tier deployment along the Line of Control and the International Border.

Sharing of intelligence between Intelligence Agencies on real time basis, holding review meetings at various levels, maintaining sustained pressure on terrorists, carrying out a regular patrolling, area domination and searches by the district police with the assistance of security forces, keeping a close watch on the activities of anti social elements, strengthening of security of vital installations etc, she said.

Mehbooba said that in addition, the security forces, police have been briefed to enhance the level of alertness and maintain close vigil to check the recurrence of such incidents. The counter infiltration Grid has been strengthened further.

Asked for the steps taken to revoke AFSPA in J&K as per the promises made in the Common Minimum Programme, the Chief Minister said, The need and desirabilty of revocation of Armed Forces Special Powers Act (AFSPA) in various areas of the state requires critical review of the security situation and other relevant factors."