The ruling TRS and Congress engaged in a bitter war of words over two opposition party MLAs deciding to join the TRS. 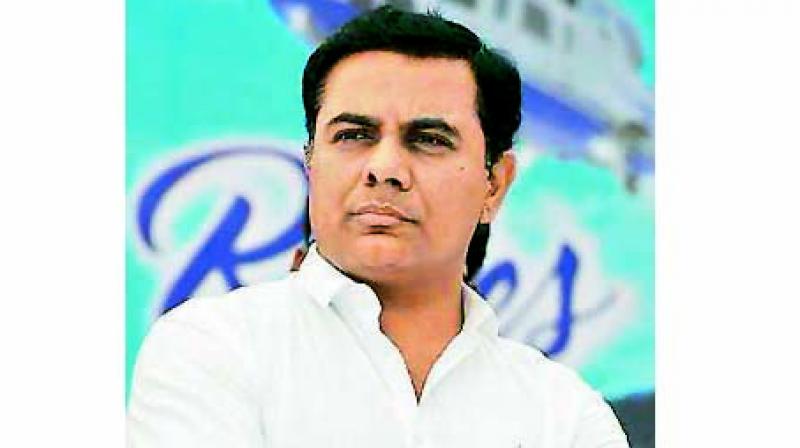 Hyderabad: Ahead of the Legislative Council elections in Telangana, the ruling TRS and the Congress were engaged in a bitter war of words on Monday over two opposition party MLAs deciding to join the TRS.

A day after the Congress announced that it would wage a full-scale Constitutional battle against Chief Minister K Chandrasekhar Rao, accusing him of "engineering" the defection of two party MLAs, TRS working president K T Rama Rao hit back, asking whether the instances of other public representatives joining the Congress were also a "purchase".

Two Congress MLAs – Rega Kantha Rao (Pinapaka) and Atram Sakku (Asifabad) – announced on Saturday night that they had decided to join the ruling TRS in the interest of welfare and development of STs, especially Adivasis.

He also cited instances in the past when MLAs and other public representatives joined the Congress. He referred to the reported comments of a Congress MLA that the party's leadership "lacked effectiveness".

We automatically have the win with second preference (voting). We don't have to invite anyone afresh for this election," he said.

The switch-over of the two Congress MLAs to the TRS is seen as a setback to the Congress for the March 12 Legislative Council elections (MLAs quota).

In the election to fill five vacancies in the Council, the TRS has fielded four candidates, leaving one seat to its ally MIM.

The strength of the TRS in the assembly is 88 and two other MLAs (an independent and MLA of AIFB) have also announced support to the ruling party.

The TDP's strength in the assembly is two and it would be left with only one MLA when Veeraiah joins the ruling party.

The Congress' strength was 19 and it was banking on the support of two TDP members.

However, its chances have been seriously dented with the decision of two Congress MLAs and the TDP MLA to join the TRS.

The Congress' strength would be reduced to 17 with the two MLAs leaving the party.

The two Congress MLAs, Rega Kantha Rao and Atram Sakku who announced their decision to quit the party, hit out at the Congress for alleging that they were "purchased" to join the TRS. Saying that they are joining the TRS in the interest of development and welfare of STs, especially Adivasis, they reiterated that they are ready to quit membership of the assembly if necessary.