After meeting, senior JD(S) leader said they were in favour of following formula of one-third for JD(S) and two-third for Cong. 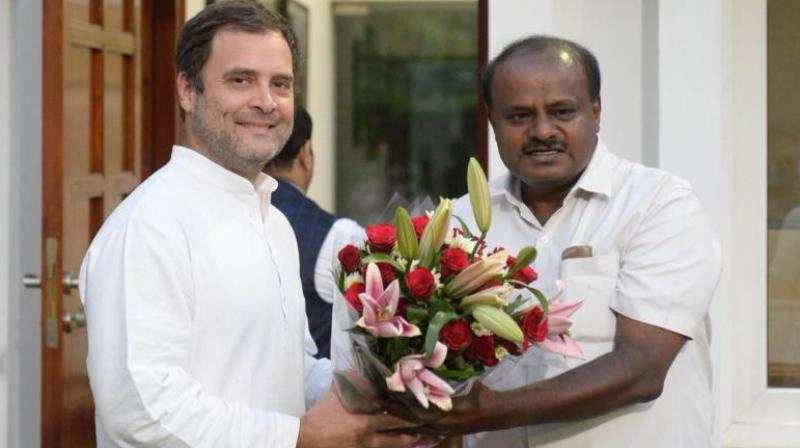 However, a final decision would be taken by Deve Gowda and Congress chief Rahul Gandhi. (Photo: File)

Bengaluru: The Congress-JD(S) alliance has started negotiations for the 28 Lok Sabha seats in Karnataka on Monday. The negotiations are expected to tough but HD Kumaraswamy’s father HD Deve Gowda assured that his party wouldn’t be rigid about its demand.

However, the Congress wants to give it less than 10 seats and is likely to face resistance.

After the meeting, senior JD(S) leader Danish Ali said they were in favour of following the formula of one-third for JD(S) and two-third for the Congress that has been followed with Board appointments.

Another issue which is expected to be discussed is Mandya Lok Sabha seat, on which JD(S) has a stronghold.

This time, the JD(S) wants to field Kumaraswamy’s son Nikhil Gowda from the seat. But Congress’s Sumalathaa, the wife of late superstar Ambareesh wants to contest the seat.

However, a final decision would be taken by Deve Gowda and Congress chief Rahul Gandhi.