Congress leader Kapil Sibal questioned the BJP leaders, how they could zero down on specific number of terrorists killed in the air strike. 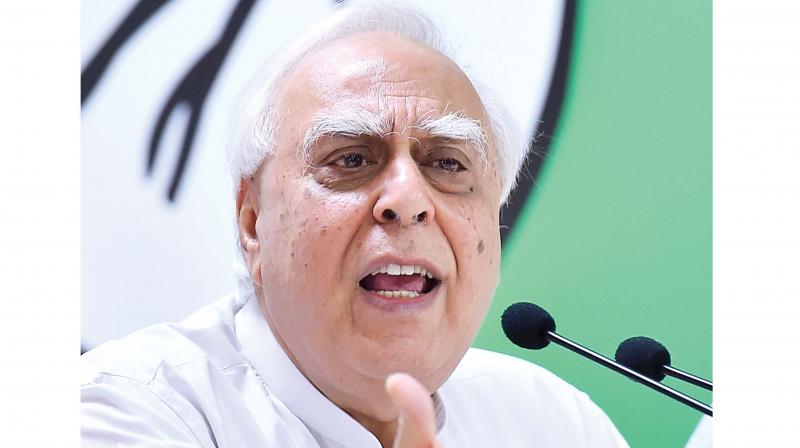 Sibal's statement comes a day after Amit Shah said that over 250 terrorists were killed in the air strike carried out by the Indian Air Force (IAF) against a terror camp of Jaish-e-Mohammed (JeM) in Balakot, Pakistan's Khyber Pakhtunkhwa province. (Photo: File)

New Delhi: Citing international media reports of "no proof of militants being killed at Balakot", Congress leader Kapil Sibal on Monday questioned BJP leaders how they could zero down on the specific number of terrorists killed there and asked them not play politics with terror keeping Lok Sabha elections in mind.

Sibal's statement comes a day after Amit Shah said that over 250 terrorists were killed in the air strike carried out by the Indian Air Force (IAF) against a terror camp of Jaish-e-Mohammed (JeM) in Balakot, Pakistan's Khyber Pakhtunkhwa province.

"Who told Amit Shah this (number of terrorists killed)? Did the Defence services tell him that 250 people have been killed? Did the Government of India tell him? He is president of a political party only. If the government and the Defence services have shared this information with him, why doesn't the government share this information with the Opposition leaders of the country? Amit Shah, let's not play politics with terror. Both you and the Prime Minister are doing the same thing and we know why. You are doing it because the Lok Sabha election is around the corner," Sibal stated.

That very international media, however, publically calls Pakistan the hotbed of terrorism and when that happens, "you lap it up and say the international media is right", said Sibal while pointing out the double standard attitude of the government.

"It is surprising Prime Minister that you pat yourself on the back and say that because of you Abhinandan was brought back... The nation is delighted and the nation embraces Abhinandan on his return. But you should also then accept accountability that there was a huge intelligence failure. Why don't you accept that?" he further said.

Besides Sibal, Congress leader Ajay Singh has also raised questions over the claims made. "A few days ago, bombs were dropped on Pakistan. He (Prime Minister Modi) said that everything in Balakot was destroyed. New York Times reported that there was no damage due to air strikes. If not today, in the next 10 days, the whole sequence of events will be exposed," Singh said while addressing a rally in Satna, Madhya Pradesh.

Delhi Chief Minister Arvind Kejriwal also questioned Amit Shah. In a tweet, Kejriwal said that the armed forces have till now not released any number of terrorists killed in the air strike. Yet, Shah has come out with a specific number. Kejriwal questioned whether Amit Shah and BJP were trying to call the armed forces "liar" for their political benefits.