Why do some people still want to question forces? Modi in Gujarat

'Please use common sense', said PM Modi. He stated if IAF had Rafale today, the situation would have been different. 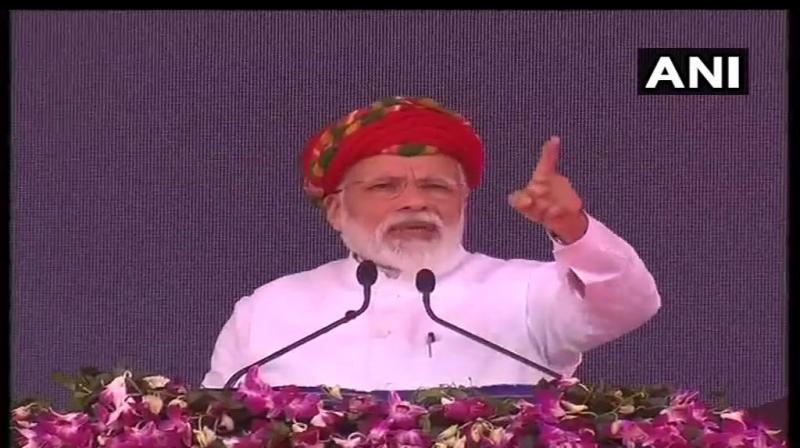 Talking about the ongoing Indo-Pak situation, he mentioned, “Please use common sense. What I said was if the Indian Air Force had the Rafale today, the situation would have been different, none of our fighter jets would have gone down and none of theirs saved. I can't do anything if some people fail to understand this.”

After inaugrating the hospital, PM Modi said, "In Ayushman Bharat, India is home to one of the biggest healthcare programmes in the world. The coming of this initiative ensures top quality and affordable healthcare for the poor."

PM assured people that hospitals with modern facilities will come across the state which will benefit the poor.

Commenting on farmers’ issue, Modi stated that the PM Kisan Samman Nidhi would bring substantive benefits for India’s farmers. It is a long term and comprehensive effort for farmer welfare.

He also said, “India needs structural and long term measures to overcome the challenges we face. The time for poorly thought of short term measures is over.”

Sending a message for water conservation that benefits the present and future generations both, Modi asserted, “having seen the hardships we face due to water shortage, it becomes our responsibility to conserve every drop of water.”

“The Sardar Sarovar Dam has brought much relief to the people of Gujarat. This project was completed despite neglect from earlier state governments and adversities from various quarters. I was certain that I can’t allow ‘Tanker Raj’ to carry on in Gujarat,” he added.

PM Modi would also visit Annapurna Dham Trust in Adalaj in Gandhinagar and will launch several projects in Vastral, Ahmedabad during the visit.

The Prime Minister started his two-day visit from Jamnagar in Saurashtra region where he dedicates to the nation a 750-bed annexe of the Guru Gobind Singh Hospital and inaugurates its PG hostel.

Gujarat is Modi’s home province where he was the Chief Minister till 2014 and is conventional for unmatched clout in the politics.