Even before taking over as the Chief Minister of UP, Adityanath used to hold such meetings to directly interact with people. 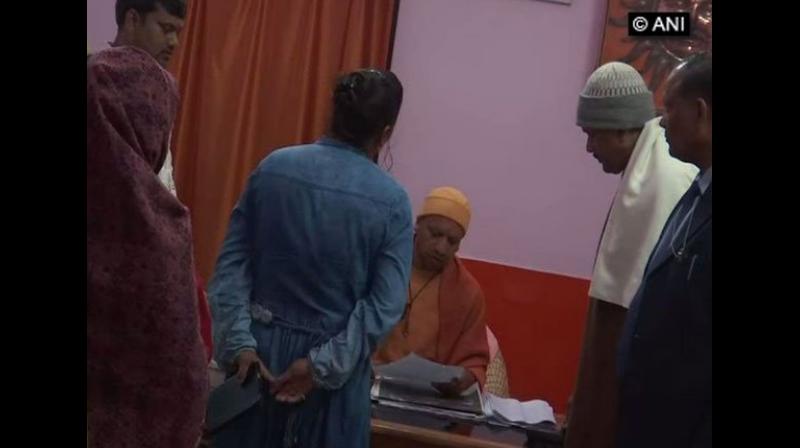 People brought to the notice of Adityanath, the Mahant of the temple, issues confronting them.

Even before taking over as the Chief Minister of the state, Adityanath used to hold such meetings to directly interact with people.

Rama Shankar Mishra, who attended the gathering, told ANI, “My daughter was married to a man who hails from Basti district. The man had killed my daughter on June 30, 2017. He got a bail from the high court. He is threatening that he would also kill all my other daughters. CM Yogi ji assured me that strict action will be taken in the matter."

Chandan Tripathi said, “I met the Chief Minister and gave him an application for constructing roads and other facilities. Yogi ji assured me that he will look into the issue."