Mr Modi also accused past Congress governments of ignoring the Northeast and overlooking the region in their schemes. 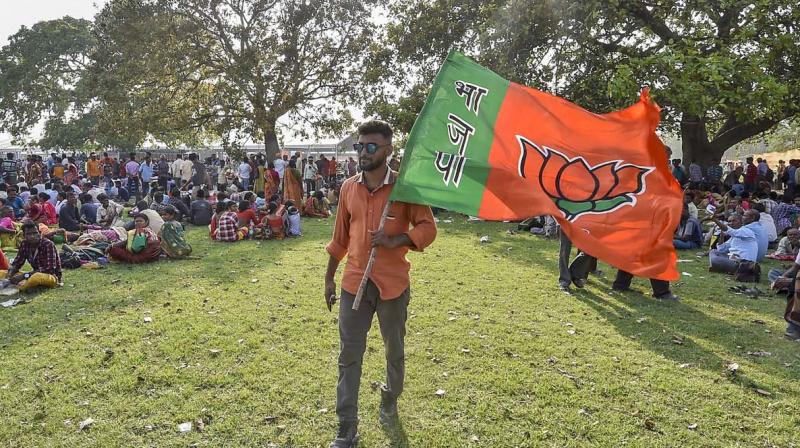 Guwahati: Prime Minister Narendra Modi on Wednesday lambasted the Congress manifesto, calling it “dishonest” and as full of lies as the party’s leadership.

Addressing a public rally at Pasight in Arunachal Pradesh, Mr Modi said, “It is not a ghoshnapatra (manifesto) but a dhakosla-patra (hypocritical document).”

The Congress had released its manifesto on Tuesday with its chief Rahul Gandhi highlighting its focus on five big economic and social ideas including the Nyuntam Aay Yojana (NYAY) scheme that promises Rs 72,000 a year to India’s poorest families.

In an obvious reference to the Gandhis as ‘namdar’, the PM launched a blistering attack on Congress party which has proposed to de-criminalising laws like those on sedition and defamation. “What has happened to these people,” said Mr Modi adding, “On the one hand, this chowkidar is standing here trying to protect the country and on the other hand this power-hungry Congress has stooped so low. Is the Congress’ hand with citizens or with anti-nationals.”

Mr Modi also accused past Congress governments of ignoring the Northeast and overlooking the region in their schemes.

The Prime Minister also said that unlike the Congress, the BJP never made false promises and kept its commitment of providing a free LPG connection to nearly 60 crore women in the country, besides constructing toilets in every village and extending healthcare facilities under the Ayushmaan Bharat scheme.

“Under the Ayushmaan Bharat Yojana, about three lakh people in Arunachal Pradesh were covered, who were provided free treatment to the tune of Rs 5 lakh per family,” Mr Modi said.

Every house in Arunachal Pradesh has been illuminated with electricity after 70 years of Independence, he added.

Mr Modi said that he does not claim to have completed all the developmental work since becoming Prime Minister, but, “I can say that I am a man who can withstand any challenge the country faces, and plan and execute all works with dedication and commitment”.

Accusing the Congress of neglecting the Northeast, especially Arunachal Pradesh, he said the state never found its place in the “dil” (heart) of the grand old party.