Not here to tell lies like PM Modi: Rahul in Nagpur

While the Congress wants to work for the people of India, the BJP just makes hollow claims, Rahul said. 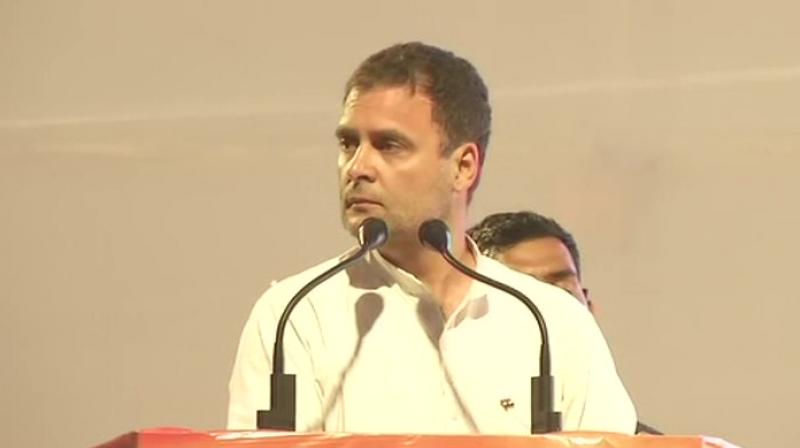 The Congress, if voted to power, guarantees to deposit Rs 72,000 annually under the scheme to poor Indian families, Gandhi said, addressing a poll rally here.

The Congress leader said he was here for the long haul and was "not interested in telling lies like Prime Minister Narendra Modi".

Gandhi said the promise of Rs 72,000 to the poor families per year under the Nyay scheme was made only after speaking to experts.

The Congress chief said implementation of the scheme will not affect the economy.

The scheme will be a "surgical strike on poverty", Gandhi said.

Lies get exposed, Gandhi said. While the Congress wants to work for the people of India, the BJP just makes hollow claims, he added.

Targeting Anil Ambani on the Rafale deal, Gandhi said the industrialist lacks expertise in defence manufacturing, his businesses have failed and he has no money but still got the "biggest" defence contract.