Shah also claimed that for the first time Amethi is feeling that development is possible here as well. 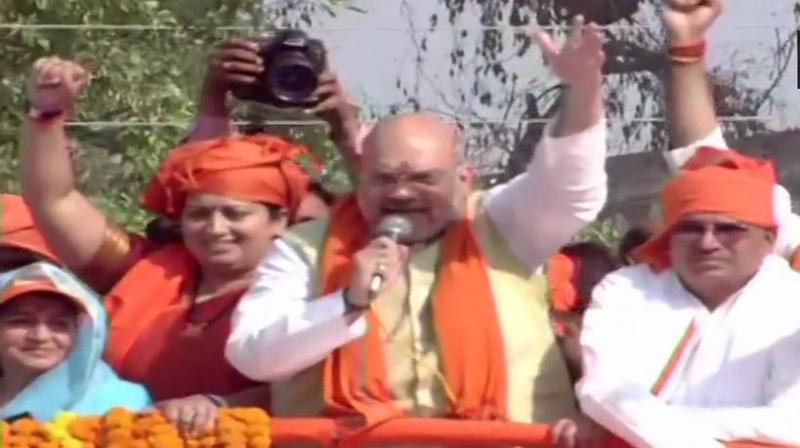 Amethi: Taking out a roadshow here in support of the party candidate Smriti Irani who is taking on Rahul Gandhi again in the Lok Sabha election, BJP president Amit Shah on Saturday claimed that his party will win the Amethi seat.

"Everyone is hopeful. The massive crowd (in the roadshow) is the evidence that people of Amethi have faith in Prime Minister Narendra Modi and BJP is winning here in this elections," he said while talking to ANI here.

"Opposition will stop making claims after the result. BJP will form the government with a massive majority," he added.

Shah also claimed that for the first time Amethi is feeling that development is possible here as well.

"Even after making members of Gandhi family their representative for so many years, there were villages which didn't have electricity. They received electricity only after Modi Ji came," the BJP president said.

Union Smriti Irani, who accompanied Shah in the vehicle, said "By writing letters (to the electorate) before elections, Rahul Gandhi is hinting that he will not be present in Amethi ever."

Amethi will go to polls on May 6.

Amethi is considered a Congress stronghold. Congress president Rahul Gandhi had won this seat thrice in 2004, 2009 and in 2014. He defeated Irani in the last elections.

However, this Gandhi is also contesting from Kerela's Wayanad Lok Sabha seat this time.