BJP will try to 'destabilise' Karnataka govt if it replicates 2014 LS feat: Minister

There are talks in political circles that any adverse results for the coalition in the LS polls, which they fought in alliance. 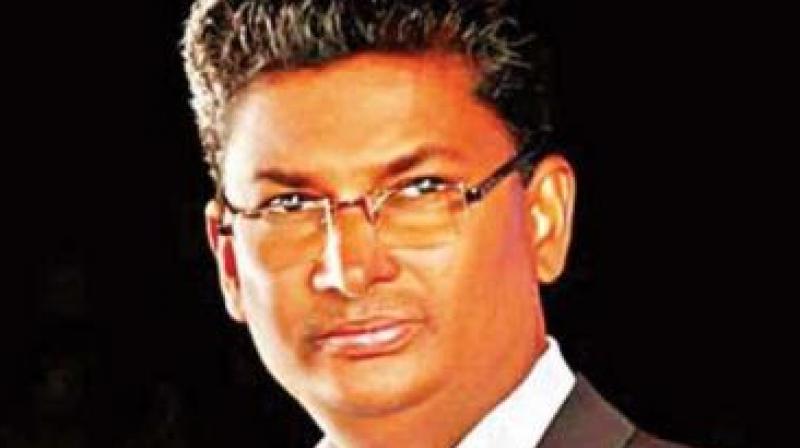 '...let's wait for the results on May 23, after that we will get to know who is where, who will hold what position...Every thing is dependent on what will happen at the Centre,' Jarkiholi said. (Photo: File)

Bengaluru: Karnataka Forest Minister Satish Jarkiholi Saturday alleged the BJP would try to destabilise the Congress-JDS coalition government in the state if it repeats its 2014 Lok Sabha polls performance.

"...let's wait for the results on May 23, after that we will get to know who is where, who will hold what position...Every thing is dependent on what will happen at the Centre," Jarkiholi said.

Speaking to reporters in Belagavi, he said, "If they (BJP) get more seats, they will try (to dislodge the government)... If they get similar to 2014, they will try. As of now it looks like they will get less, in such a case they will not indulge in Operation Kamala."

"Operation Kamala" (Operation Lotus) refers to the successful attempt of the BJP to engineer the defection of opposition legislators to ensure the stability of the B S Yeddyurappa government in Karnataka in 2008.

There are talks in political circles that any adverse results for the coalition in the Lok Sabha polls, which they fought in alliance, will have its implications on the Kumaraswamy-led government.

Accusing the BJP of indulging in 'Operation Lotus' everywhere, Jarkiholi said they are trying to destabalise the governments in different parts of the country by going against the spirit of democracy.

"The Prime Minister himself is claiming about 40 MLAs (of TMC in West Bengal) being in touch with him. He has made claims at various places. They have made AAP MLA in Delhi to join BJP. Under Modi rule all these things are going on," he added.

He hit out at his brother Ramesh Jarkiholi for his statement predicting the fall of the coalition government. Ramesh, a rebel Congress MLA, who had recently indulged in a public spat with his brother Satish Jarkiholi, and had threatened to quit the party along with some MLAs, has predicted that there would be a "big political change" in the state after May 25.

"All those who are in power now will lose power and I will get power," he had claimed recently. Ramesh Jarkiholi, who has been hobnobbing with the BJP for sometime now, has threatened that he along with other MLAs would resign from Congress soon in bulk, which has caused fear among the ruling coalition leaders as it would trigger the number game in the assembly.

Though it was said that Ramesh was deserted in his attempt to mobilise Congress MLAs to resign, with legislators close to him like Shrimant Patil of Kagawad, Mahesh Kumtalli of Athani and B Nagendra of Bellary having pledged their loyalty to the party, reports have now emerged about him holding talks with some MLAs. According to reports, Ramesh Saturday met Mahesh Kumtalli and Independent MLA R Shankar.