The press briefings by the two major national parties come amid a hard-fought electoral battle. 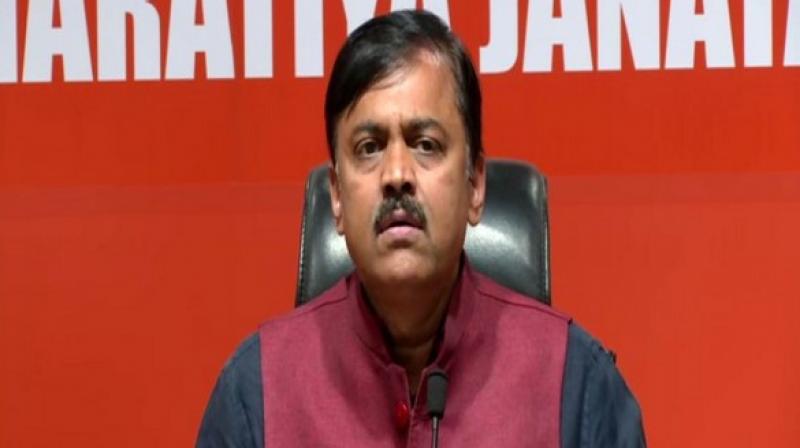 New Delhi: Hours after Congress president Rahul Gandhi claimed that the Modi government will crumble soon, the Bharatiya Janata Party (BJP) on Saturday hit back at the party saying it is "desperate" and staring at its extinction.

"Comments made at the press conference (by Gandhi) are only an attempt to show a false bravado at a time when the Congress Party is facing extinction. The Congress is literally on the death bed and is fighting for its existence in this election," BJP spokesperson GVL Narasimha Rao told a press conference here.

"We see complete desperation because Congress is seeing not only its fortunes crumbling all over India but they also see their so-called bastion Amethi crumbling in the elections," he said.

Earlier in the day, Gandhi, at a press conference, said: "Five years ago, it was said that Modi ji is invincible and it will rule for 10-15 years. The Congress has demolished Narendra Modi ji, it is a hollow structure and in 10- 20 days, it will come crumbling down. We have done what we had to do. Congress has changed the narrative by fighting on the ground."

Rao claimed that Gandhi was losing from Amethi with a big margin in the voting scheduled to take place on May 6. "Today's press conference by Rahul Gandi is an attempt to somehow show that he is still in the race. But field reports suggest that the Congress is losing by a very wide margin (in Amethi).

The Congress leader accused the Congress of using money, liquor and manpower in Amethi and Raebareli, seats where Rahul Gandhi and his mother Sonia Gandhi, respectively, are contesting.

Rao said: "They are resorting to unleashing manpower, distribution of liquor. A sizable number of weapons have also been recovered from Amethi and Raebareli."

"They themselves have declared themselves as vote cutter. This is degeneration of Congress party that has ruled this country for decades and that was in power just 5 years ago," Rao stated.

The press briefings by the two major national parties come amid a hard-fought electoral battle. The fifth phase of the Lok Sabha elections is scheduled for May 6. The counting of votes polled in all the seven phases will start on May 23.