Earlier in the day, Mayawati held an internal meeting with his party workers to deliberate on poll results. 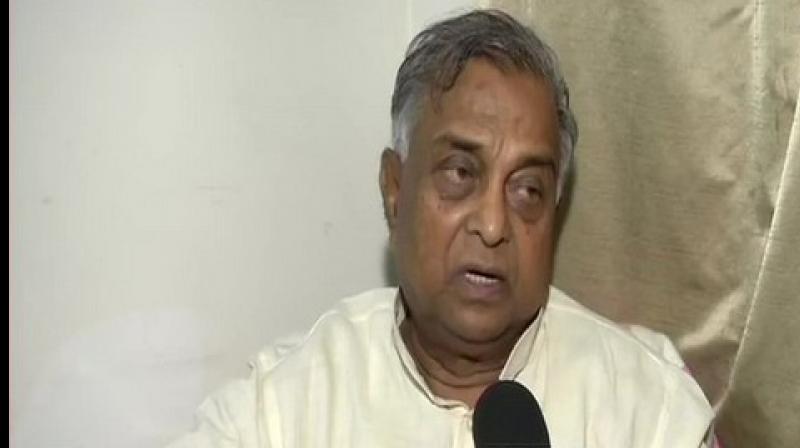 Speaking to ANI after a meeting called by Mayawati, Rajbhar said, "Today organisational officer bearers of Uttar Pradesh including zonal coordinators, MLAs, MPs - both former and sitting - were called for the meeting. Meetings of other states also took place.

The main reason for calling the meeting was that the result after the alliance wasn't satisfactory. BSP chief said she will reconsider the organisational structure and will strengthen the 'bhaichara committee'. The zonal level units will be dissolved and new units will be formed at the district level."

Rajbhar revealed that the issue of SP votes not being transferred to BSP was also discussed during the meeting and it was decided that BSP will be contesting the assembly polls this time.

"No decision has yet been taken on breaking the alliance. She (Mayawati) has to take the decision. She, however, said that though BSP never fights by-election, it will fight now. She also asserted that she respects Akhilesh and would continue to do so. Akhilesh also had to face loses and should also ponder whether people of his community supported him or not. In Yadav majority areas, Samajwadi people lost, this will be looked into by both SP and BSP," he added.

The BSP leader also said that many units of the SP-BSP were dissolved by Mayawati.

"She is sad by the results. Both SP-BSP had to face loses. She will contemplate on how to overcome this. Her highlight during the meeting was to dissolve all the organisational units," he added.

Earlier in the day, Mayawati held an internal meeting with his party workers to deliberate on poll results.

Riding high on Modi-wave, BJP bagged 62 seats in Uttar Pradesh while BSP and SP managed to bag only 10 and 5 seats, respectively. RLD drew a blank in the recently conducted polls.