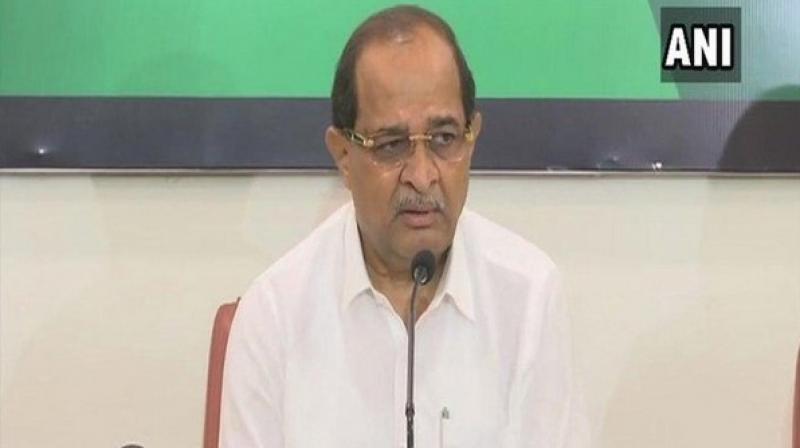 ‘I tried to do good work but the situation has compelled me to resign,’ Radhakrishna Vikhe Patil said. (Photo: ANI)

Patil had resigned from the post of Leader of Opposition in the Assembly in April.

He, however, said that he has no issue with the party leadership.

"I didn't campaign for the party during the Lok Sabha election. I don't doubt the high command. I was given the opportunity to become the Leader of Opposition. I tried to do good work but the situation has compelled me to resign," Patil told media persons.

According to sources, he is likely to join the BJP later in the day. He met Maharashtra Chief Minister Devendra Fadnavis.

His son Sujay Vikhe Patil was recently elected to the Lok Sabha on the BJP ticket from Ahmednagar.

Patil submitted his resignation to the Assembly Speaker Haribhau Bagade.

Abdul Sattar, who was ousted from the Congress party, said that more leaders are expected to leave the Congress to join the BJP.

"Eight to 10 more leaders will leave the Congress party to join the BJP. They are unhappy with the party leadership," Sattar told ANI.

The Congress party faced debacle in the recently concluded Lok Sabha elections in the state, where it won just two seats out of 48.