'If we feel in future that SP Chief succeeds in his political work, we'll again work together,' said Mayawati. 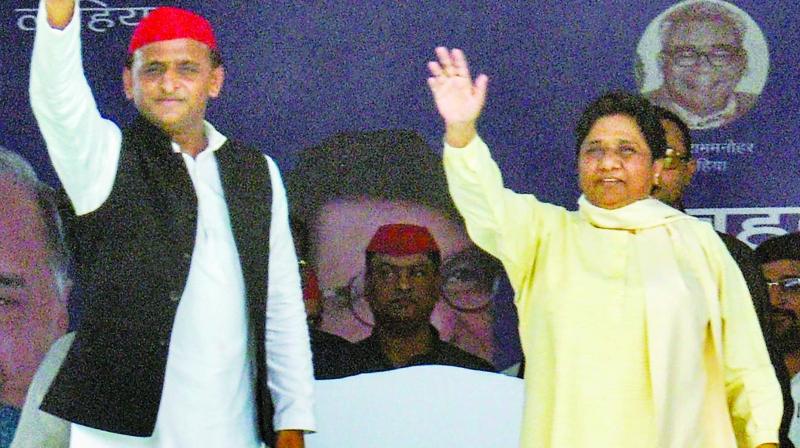 Bahujan Samajwadi Party (BSP) chief Mayawati on Tuesday confirmed that the party would part its way with the ally party in Uttar Pradesh for the by-elections. (Photo: File)

Lucknow: Soon after the Bahujan Samajwadi Party (BSP) supremo Mayawati announced to go solo for the by-elections, Akhilesh Yadav said that the party would also fight on all 11 seats alone.

Clarifying the speculations on breaking an alliance with the Akhilesh Yadav's Samajwadi Party (SP), the Bahujan Samajwadi Party (BSP) chief Mayawati on Tuesday confirmed that the party would part its way with the ally party in Uttar Pradesh for the by-elections.

"It's not a permanent break. If we feel in future that SP Chief succeeds in his political work, we'll again work together. But if he doesn't succeed, it'll be good for us to work separately. So we've decided to fight the by-elections alone," said Mayawati.

The statement from the BSP supremo came after reports surfaced that she had asked her party cadre to get ready to contest the upcoming assembly by-polls on their own after her party fared poorly in Lok Sabha polls, despite being in alliance with Samajwadi Party and RLD.

The former Uttar Pradesh chief minister initiated that their relations are beyond politics and would continue forever. "Akhilesh Yadav and his wife Dimple Yadav have given me a lot of respect. I also forgot all our differences in the interest of the nation and gave them respect," she further said.

However, talking about the defeat faced by the coalition in the Lok Sabha elections, Mayawati said, "We can't ignore political compulsions. In the results of Lok Sabha elections in UP, base vote of Samajwadi Party, the 'Yadav' community, didn't support the party. Even strong contenders of SP were defeated."

The BSP and SP contested from 38 parliamentary seats each and gave four seats to the RLD. However, the alliance could only manage to win only 15 seats--10 by BSP and five by SP-- while the RLD drew a blank. BJP swept the state by bagging 62 out of the total 80 seats.