In her 'fascism' speech, Moitra lambasted the Modi government, which drew a lot of praise on social media. 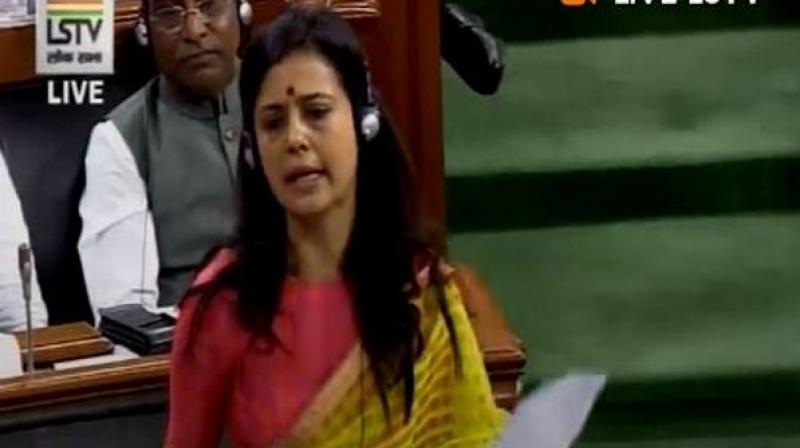 "I have submitted a breach of privilege motion today against Zee TV and its editor Sudhir Chaudhary for falsely reporting my maiden address in this House," Moitra said on Thursday while speaking in Lok Sabha.

However, Speaker Om Birla disallowed it.

Moitra on Wednesday lashed out at the media after her maiden speech in the Lok Sabha attracted allegations of plagiarism.

She quoted American commentator Martin Longman's tweet and said, "right-wing a**holes seem to be similar in every country." Longman refers to the poster in US Holocaust Museum, and she also sourced that poster during her speech, said Moitra.

"I quoted Dr Lawrence Britt's seven signs of fascism in my speech and told everyone that seven of these signs are applicable to a country like India as well," she added.

In her 'fascism' speech, Moitra lambasted the Modi government, which drew a lot of praise on social media.