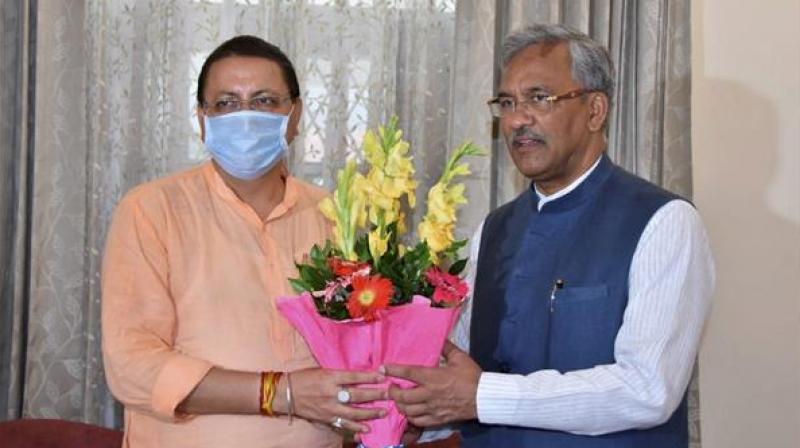 "Everyone is happy in Uttarakhand with this decision. Today only Chief Minister (Pushkar Singh Dhami) will take the oath," said Rawat when asked on MLAs displeasure over party choosing Dhami as the next Chief Minister.

Sources stated that Uttarakhand Cabinet is expected to be expanded later.

Meanwhile, sources had earlier claimed that to adequately address the regional aspirations of Garhwal and Kumaon, Bharatiya Janata Party (BJP) may appoint a deputy Chief Minister from the Garhwal region.

"Discussions are going on within party to appoint a deputy Chief Minister from Garhwal region to give equal representation and maintain a balance between to both Garhwal and Kumaon regions, as Pushkar Singh Dhami belongs to Kumaon region," said sources.

The two-time MLA from Khatima constituency, Dhami (45) is set to take oath at 5 pm today and will be the youngest chief minister of Uttarakhand.

Notably, Dhami has never been a minister in the state government and now is all set to swear in as the chief minister, overlooking many senior leaders.

The development comes ahead of polls for the 70 member Uttarakhand Assembly scheduled in early 2022.

The BJP swept the elections in 2017, winning 57 seats in the 70 member Assembly.