‘It is necessary for the sovereignty, unity and integrity of the nation that Article 370 is repealed,’ Baba Ramdev said. 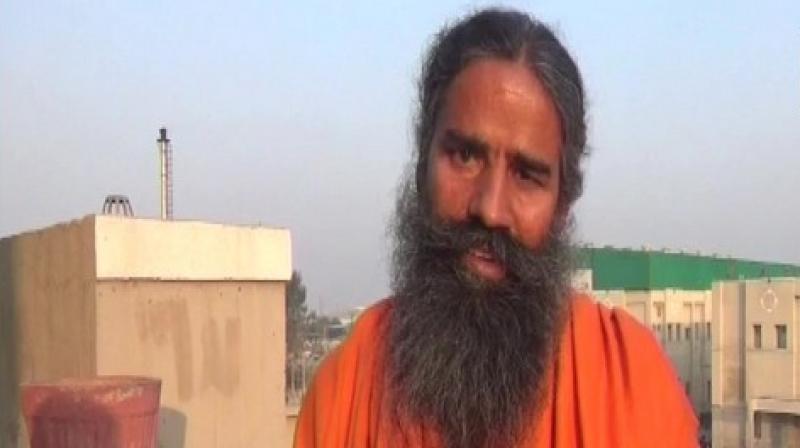 ‘Those who abuse India, insult tricolour, create ruckus in the Valley on Pakistani funding and attack security forces will no longer be alive,’ Ramdev also said. (Photo: ANI)

Haridwar: Amid the prevailing tensions in Jammu and Kashmir, Yoga Guru Ramdev on Sunday claimed that Narendra Modi government was preparing to do away with Article 370 which gives special status to the state.

"It is necessary for the sovereignty, unity and integrity of the nation that Article 370 is repealed. What we have been waiting for since independence is going to happen. I have full faith in Amit Shah. This task will be completed under the leadership of Prime Minister Narendra Modi," Ramdev told reporters here.

He also claimed that the Centre was planning something to eliminate the anti-India forces in the Valley.

Ramdev said: "Those who abuse India, insult tricolour, create ruckus in the Valley on Pakistani funding and attack security forces will no longer be alive."

He went on to claim that the Modi government will take back Pakistan occupied Kashmir (PoK) region. "It will happen. We have to be patient," he said.

On Saturday, Governor Satyapal Malik said he was not aware of any plans to abrogate the special status given to the state.

"Till today, I have no inclination, no information. I have talked to everybody in Delhi and nobody has given me any hint that they will do this or that. Somebody says it is trifurcation, Article 35A, 370. Nobody has discussed these with me, neither Prime Minister nor Home Minister," Malik had told ANI.

Kashmir is on the edge after heavy additional troop deployment and state government's advisory to Amarnath pilgrims and other tourists to curtain their visit and head back home.

He said the delay in Ram Temple construction amounts to insulting "our ancestors".

"No country in the world has insulted its ancestors so much as India has done. If the temple is not built in Ayodha, will it be constructed in Mecca Madina?" he asked.