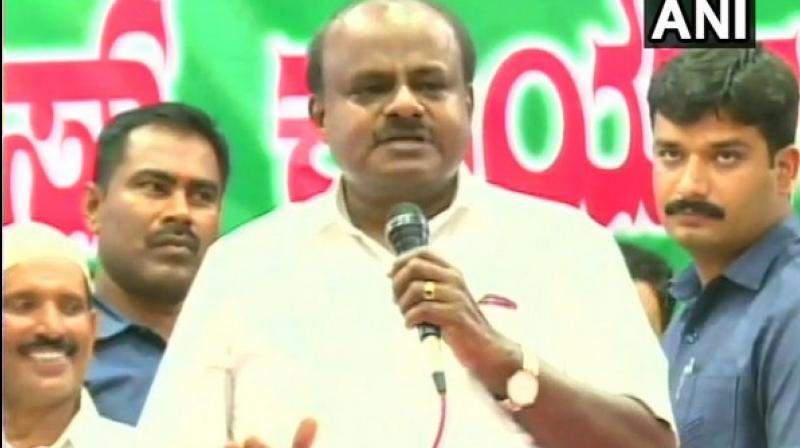 ‘We don't need any coalition now. I don't need power, I need your love,’ Kumaraswamy said while addressing a meeting of party workers. (Photo: ANI)

Mandya: In a blow to the Congress in Karnataka, former Chief Minister H D Kumaraswamy said that JD (S) will fight the upcoming elections in the state on its own.

"There will be no coalition. We don't need any coalition now. I don't need power, I need your love," Kumaraswamy said while addressing a meeting of party workers on Saturday.

BJP's BS Yediyurappa formed government in the state following the collapse of the JD(S)-Congress combine after the resignation of their 17 legislators. As a result, Kumaraswamy's confidence motion was defeated, paving way for Yediyurappa to stake a claim.

Addressing the party workers at Mandya, Kumaraswamy also hinted that the present Yediyurappa led government might not last long in the state and urged party workers to stay prepared for elections in the state.