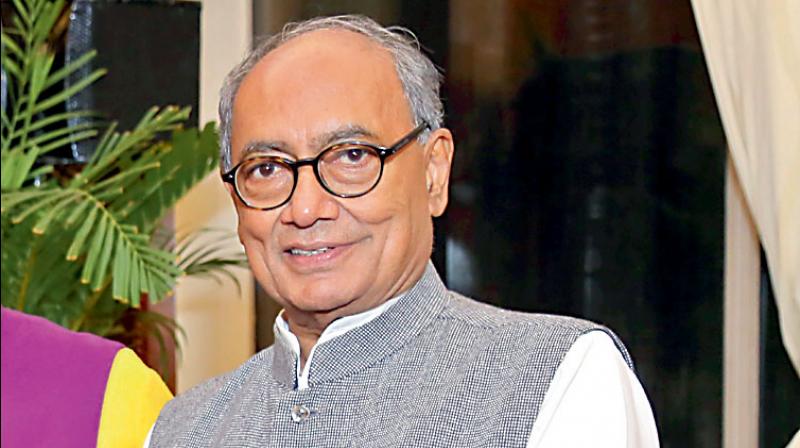 Bhopal: Senior Congress leader Digvijay Singh on Monday floated a weird theory linking the recent development of some key BJP leaders contracting coronavirus to the groundbreaking ceremony for the Ram temple in Ayodhya, scheduled to be held on August 5.

Singh, in a series of twitter posts, said the coronavirus attack on several key BJP leaders was consequence of not heeding to ‘Sanata dharm’ while choosing ‘mahurat’ (timing) for the groundbreaking ceremony for Ram temple in Ayodhya.

He referred to the recent observations by Dwarka Peeth Shankaracharya Swami Swaroopanand on the timing chosen for performing ‘bhumi pujan’ for Ram temple in Ayodhya to drive his point home.

The seer has termed the ‘mahurat’ fixed for the groundbreaking ceremony ‘inauspicious’.

However, several religious leaders have countered the Hindu seer’s remarks saying that the rituals for laying foundations have already been done in the past and hence the timing of bhumi pujan for the temple hardly mattered.

Singh cited the cases of several BJP leaders such as Union home minister Amit Shah, chief ministers of MP and Karnataka Shivraj Singh Chouhan and B S Yediyurappa, and some other saffron leaders who have tested positive for the virus recently while floating the theory.

“Congress leaders who were denying the existence of Lord Ram have started commenting on the timing of bhumi pujan for the Ram temple.