Conspiracy hatched against Rahul to ensure he fails as party prez: Sanjay Nirupam

The Congress won 52 seats in the recent general elections, which is just eight more than what the party won in 2014 polls. 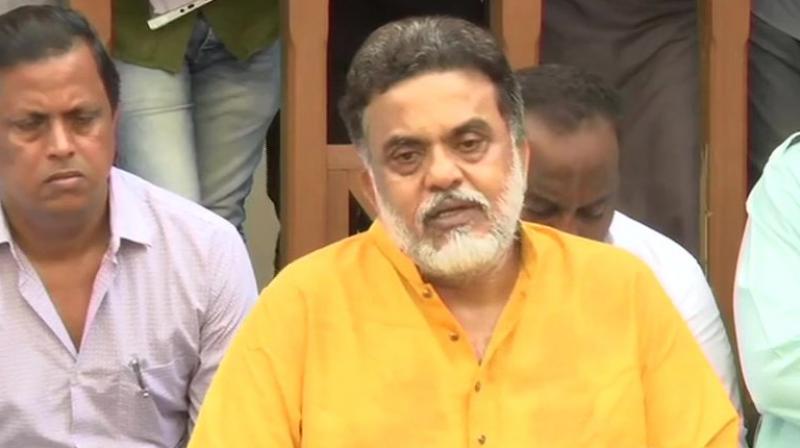 Nirupam, a former Mumbai Congress president took potshots against the Congress after a candidate for Versova, which he supported was denied ticket by the party. (Photo: ANI)

Mumbai: Disgruntled Congress leader Sanjay Nirupam on Friday alleged that a conspiracy was hatched against Rahul Gandhi to ensure that the latter fails as the Congress president. He also said he will be unable to continue in the party for long if his voice is not heard.

"When Rahul Gandhi was leading the party. There were some people who sat inside AICC offices and hatched conspiracies against Rahul Gandhi to ensure that he fails. And today those people are running the party. They are feeding wrong information to Congress president. As a result Congress is where it stands today," he told reporters here.

Gandhi, who became the Congress president in 2017, offered to step down from his post at the Congress Working Committee (CWC) meeting on May 25, taking moral responsibility for the Congress' abysmal performance in the 17th Lok Sabha Elections. After his resignation, his mother Sonia Gandhi took over the reins.

The Congress won 52 seats in the recent general elections, which is just eight more than what the party won in 2014 polls.

Nirupam, a former Mumbai Congress president took potshots against the Congress after a candidate for Versova, which he supported was denied ticket by the party.

"I had asked to field a candidate of my choice in Versova. I had a talk with members who were finalizing the ticket. A conspiracy is taking place in Delhi where people who were working with Rahul are being demeaned and thrown out of the party system. I am an example of this. You have seen it happen with Ashok Tanwar. Tripura Congress chief has same problem," Nirupam said.

He also said that if things continued this way he said he could not continue being a part of the party.

"In Mumbai, anti-parties activities have increased. There was a campaign against me. When a new general secretary was appointed, he ensured that there should be activities against me. During Lok Sabha polls, I was stripped from the post of Mumbai Congress president. I did not say anything about this and accepted the decision as a loyal party worker," he said.