‘Modi is a thug, lied to people to form govt’: Mulayam

The SP patron was campaigning for a party candidate ahead of the assembly polls. 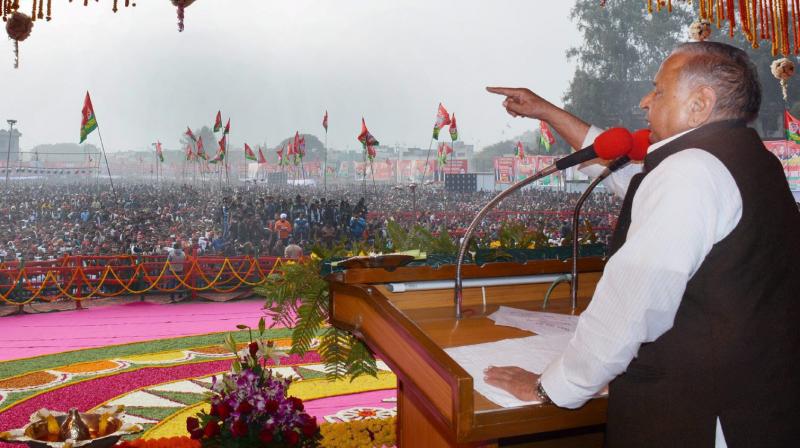 Jaunpur: Dubbing Prime Minister Narendra Modi as a 'thug' (con man), Samajwadi Party patron Mulayam Singh Yadav on Sunday accused him of lying to the people to form his government.

"He (PM) is a thug (con man), who lied to the people to form his government. You should beware of him now," said Yadav addressing a rally here for party candidate Paras Nath Yadav, contesting from the Malhani assembly seat.

Yadav said there was no difference between what his party said and what it did.

"We fulfil what we say. Whenever there is any instance of atrocity against people, the SP has been with them and will always be there," he said adding that after forming the government, his party would fulfill all the promises made in its manifesto."

He claimed his party's government gave maximum employments to the youth and the ones who could not get jobs were given unemployment allowances.

"Only SP can ensure all round development of the state. You all should go and vote for the SP so that it can form the next government," Mulayam added.

Except for his brother Shivpal Yadav, who is contesting from Jaswant Nagar (Etawah) and daughter-in-law Aparna Yadav, who is in fray from Lucknow Cant, Mulayam did not campaign for the party's any other candidate.