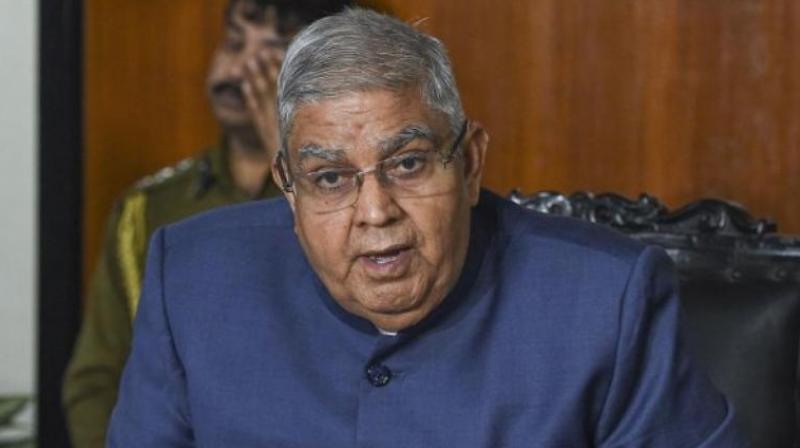 Kolkata: West Bengal Governor Jagdeep Dhankhar will meet Union home minister Amit Shah in New Delhi on Friday on "critical issues" on the Mamata Banerjee government's rule in the state. He is also expected to apprise Mr Shah of the "ground reality" he has found. Mr Dhankhar's scheduled meeting comes close on the heels of Mr Shah's day-long visit to the state on March 1.

It elaborated, "Governor Dhankhar has indicated that he has by now been in office for over seven months. During this period he has been able to get updates from various quarters as regards critical issues of governance in the State. He has also felt the pulse of the people. Governor Dhankhar has indicated that as per his oath under Article 159 of the Constitution, he has to do his utmost for the service of the people."

According to the Raj Bhavan, "In the meeting welfare of the people State of West Bengal would be uppermost in his mind. He will avail the opportunity of this meeting by apprising the Union Home Minister on various issues that are relevant and critical to governance in the State. He would obviously advert to areas of concern as also of challenge."

It added, "Over these seven months, that in several ways have been sufficiently indicative of the state of affairs in the State, he has also come to gather ground reality by his numerous visits outside the State Capital."