WB Congress chief Adhir Ranjan, made the conditional offer to the TMC chief in wake of her open letter to UPA chairperson Sonia Gandhi 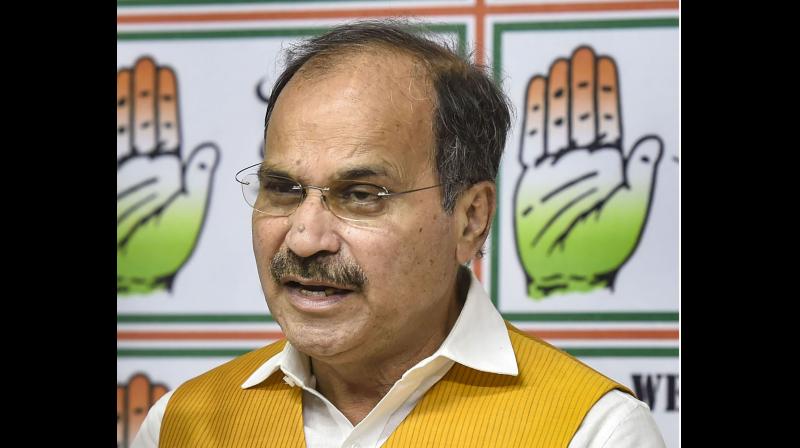 Adhir Ranjan calculated move, however, has raised eyebrows of the Left and ISF which see the Trinamul and the BJP as common enemies in the poll battle. (Photo: PTI)

Berhampore: In a dramatic twist, the Congress has indicated that it would look into offering support to Chief Minister Mamata Banerjee to tackle the BJP but only if she withdrew all 22 Trinamul Congress candidates in Murshidabad as a "favour".  The Congress is fighting the West Bengal Assembly elections in alliance with the Left Front and the Indian Secular Front of Furfura cleric Peerzada Abbas Siddiqui.

WB Congress chief Adhir Ranjan Chowdhury, MP from Berhampore, who has been a key face in forming the alliance, Sanjukta Morcha, made the conditional offer on Sunday to the TMC chief in wake of her open letter to UPA chairperson Sonia Gandhi and many others for support. His calculated move, however, has raised eyebrows of the Left and ISF which see the Trinamul and the BJP as common enemies in the poll battle.

At Berhampore, Chowdhury said, "Ms  Banerjee has been scared of her defeat in  Nandigram. That is why she wrote to Ms Gandhi to get the support of Congress to combat the communal BJP here. But I request the CM: You first withdraw all the 22 TMC candidates in this district in favour of Congress.  Then we will think about supporting you."

He added, "Ms Banerjee, who has realised of her failure to fight the BJP alone, back-stabbed our party earlier by poaching many of our MLAs and taking control of municipalities and Panchayat bodies, which were won by us, with the help of her former protege Shuvendu Adhikari."