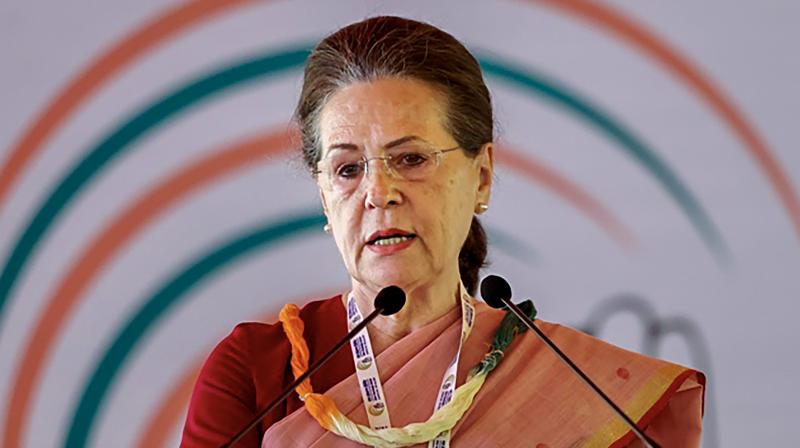 New Delhi: The Congress is not taking any chances in the upcoming Rajya Sabha elections in Haryana, Maharashtra, and Rajasthan. Congress president Sonia Gandhi appointed senior party leaders, including leader of the Opposition Mallikarjun Kharge and Chhattisgarh chief minister Bhupesh Baghel, as observers. While Mr Kharge has been appointed the observer for Maharashtra, Mr Baghel and Rajeev Shukla have been appointed as observers for Haryana and Pawan Kumar Bansal and T.S. Singh Deo for Rajasthan.

The elections to the upper house will be held on June 10. Congress has fielded Ajay Maken in Haryana, Pramod Tewari in Rajasthan and Imran Partapgarhi in Maharashtra.

A win for Mr Maken was a certainty till media baron Kartikeya Sharma, who is the son of former Congress leader Venod Sharma, filed his nomination with the help of JJP. The late entry of Mr Sharma has paved the way for a contest. To win a Rajya Sabha seat in the state, a candidate needs to get at least 30 votes and the Congress has 31. However, the party is not counting on Kuldeep Bishnoi, who has been sulking for some time. Insiders claim that the Congress high command is in touch with Mr Bishnoi and is hopeful that he will vote for the official Congress candidate.

In Rajasthan, Mr Gehlot is working overtime to ensure that the Congress candidate, Mr Tewari, wins. In the 200-member Rajasthan Assembly, each candidate needs 41 votes to win. The Congress has 108 MLAs and the BJP has 71 votes. Congress has 30 surplus votes, but to win a second seat, they need another 11. Media Baron Subhash Chandra filed his nomination from Rajasthan with the outside support of the BJP, ensuring a contest for a seat that would have easily been won by the Congress candidate.

In Maharashtra as well, the Shiv Sena and the BJP will battle it out for the sixth seat in the Rajya Sabha as none of the seven candidates in the fray -- four from the ruling Maha Vikas Aghadi and three from BJP -- withdrew their nominations on Friday. Though the Congress is visibly on a strong wicket for its lone candidate from the state, but is not taking chances.