On Sunday, Bhagwat had said that those indulging in mob lynching are against Hindutva 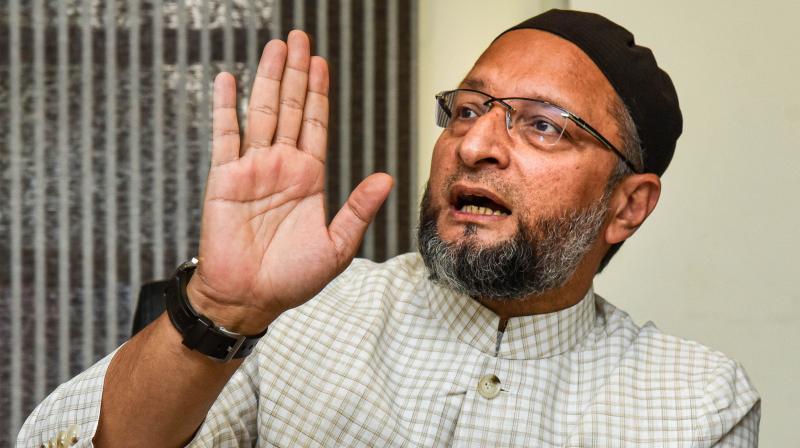 Hyderabad: Lashing out at Rashtriya Swayamsevak Sangh (RSS) chief Mohan Bhagwat for his remarks on 'mob lynching', AIMIM president Asaduddin Owaisi on Monday, alleged that hatred against the Muslim community emanates from Hindutva.

Taking to Twitter, Owaisi claimed that the "criminals", who are propagating hatred against the Muslim community have the support of the "Hindutva government".

Owaisi said that the RSS chief says those who committed lynching are "anti-Hindutva", but alleged that people who participated in the hate crime against the Muslim community were shown public support by people associated with the ruling party.

He said that people who participate in mob lynching "would not know the difference between cow and buffalo" but names of victims from a particular community "were enough to kill".

Owaisi tweeted that the hatred was a product of Hindutva and alleged that these criminals had the support of the government.

On Sunday, Bhagwat said that those indulging in mob lynching are against Hindutva, and asserted that the law should punish them without any partiality.

"Cow is a holy animal but those who are indulging in lynching are going against Hindutva. Law should take its own course against them without any partiality," said Bhagwat addressing at the launch of the book 'The Meetings of Minds: A Bridging Initiative, written by Dr Khawaja Iftikhar Ahmed'.

He further said, "the concept of Hindu-Muslim unity is misquoted because there is no difference between them as it has been proven that we are the descendants of the same ancestors from the last 40,000 years. People of India have the same DNA."