He stated this at the 2nd edition of 'Samvad- Global Initiative on Conflict Avoidance and Environment Consciousness' being held in Yangon. 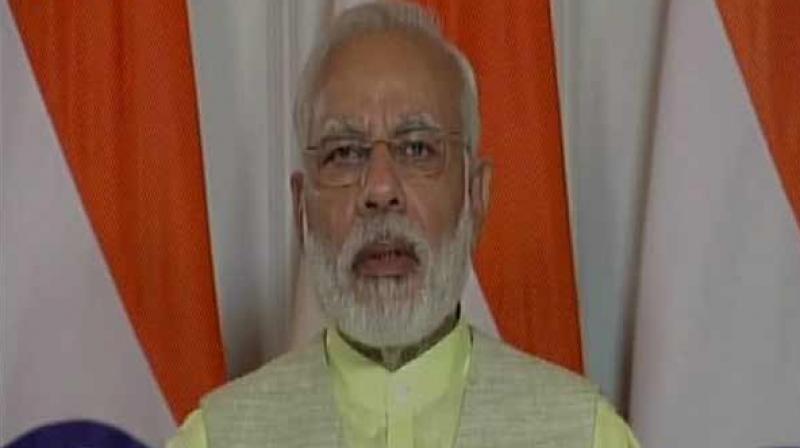 New Delhi: Dialogue is the only way to cut through deep-rooted religious stereotypes and prejudices that divide communities across the world and sow seeds of conflict between nations and societies, Prime Minister Narendra Modi said on Saturday.

"As the inter-connected and inter-dependent world of 21st century battles a number of global challenges, from terrorism to climate change, I am confident that the solutions will be found through Asia's oldest traditions of dialogue and debate," he said.

Modi said he is a "product of the ancient Indian tradition that firmly believes in dialogue on difficult issues."

He stated this in a video message to the 2nd edition of 'Samvad- Global Initiative on Conflict Avoidance and Environment Consciousness' being held in Yangon.

The prime minister said the ancient Indian concept of "Tarka Shastra" (debate) is founded on dialogue and debate as the model for exchange of views and avoidance of conflict.

It is only natural that the search for answers be led by the humanity's longest traditions of thought, rooted in various religions, civilizations, and multiple streams of spirituality, he said.

Giving examples of Lord Rama, Lord Krishna, Lord Buddha and Bhakta Prahlada, he said the purpose of each of their actions was to uphold 'dharma' (duty), which has sustained Indians from ancient to modern times.

Talking about the environment, he said man must relate to nature and revere it and not merely consider it a resource to be exploited.

If man does not nurture nature, then nature reacts in the form of climate change, he said.

Environmental laws and regulations, while essential in any modern society, afford only an inferior protection to nature, he added, calling for "harmonious environmental consciousness."