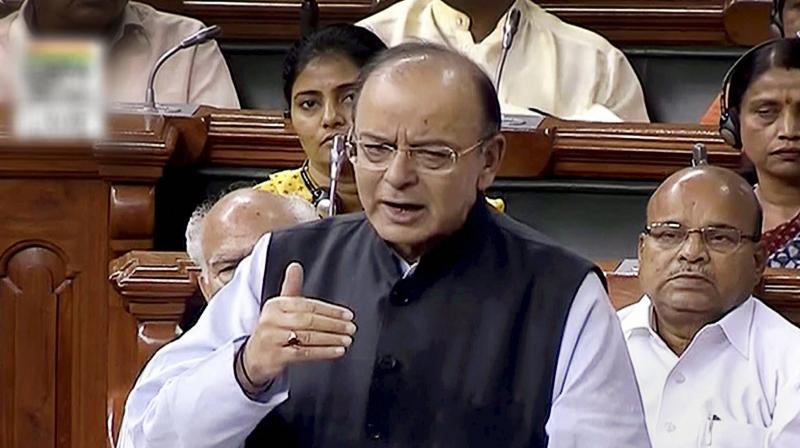 New Delhi: Though Pakistan has increased efforts to infiltrate terrorists into J&K, it has also suffered a high number of casualties, defence minister Arun Jaitley said in the Lok Sabha on Friday.

Mr Jaitley said, while replying to questions during Question Hour, that the Indian Army has “domination and impact” along the western border and all steps have been taken to check infiltration from across the border.

“Pakistan has increased efforts of infiltration,” he added.

The defence minister said that because of the heightened vigil of the security forces, many infiltration attempts have been foiled and infiltration has been down. “There is record high in the casualties on the other side,” he said.

There have been 285 incidents of ceasefire violation so far this year through the LoC compared to 228 such incidents in the entire 2016 along the LoC in which eight people had lost their lives, Mr Jaitley said.

He further informed the LS that there were 221 ceasefire violation along the International Border which is guarded by both the Border Security Force and the Army.

In response to another question, the defence minister said the Army has constructed an anti-infiltration obstacle system along the LoC and Intern-ational Border in Jammu and Kashmir, under its operational control.

Radars, sensors and thermal imagers along with surveillance have been incorporated on this fence to detect and intercept infiltration by terrorists.

The AIOS is further strengthened by deployment of troops and construction of defence works based on threat perception for an effective multi-tiered counter-infiltration grid.

“Fortification of border is a continuous process. Anti-infiltration steps like obstacle systems, technical gadgets have been installed by the Army and enough steps have been taken to check infiltration,” he said.

“Appropriate measures are taken from time-to-time to maintain and upgrade the country’s defence preparedness along the border to safeguard the sovereignty, territorial integrity and security of India,” the minister said.

Further, the areas along the borders are kept under surveillance by regular patrolling by troops and other aerial, optronic and electronic means.