These parties having no political affiliation with either ruling BJP or Congress include BSP, BJD, AAP, AIADMK, TDP and YSRCP. 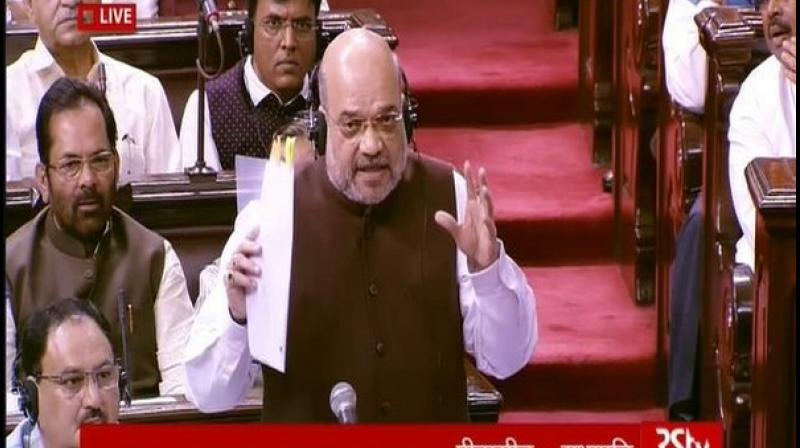 BSP MP Satish Chandra Mishra, while supporting the resolution in the House, said: "Our party gives complete support. We want that the Bill be passed. Our party is not expressing any opposition to Article 370 Bill and the other Bill."

BJP member Prasanna Acharya announced the party's decision to support the resolution in the House, putting the "nation first" and said Kashmir become an integral part of India in "real sense" after the abrogation. "In a real sense, Jammu & Kashmir has become a part of India today. My party supports this resolution. We are a regional party but for us, the nation is first," Acharya told Rajya Sabha.

Supporting the resolution, AIADMK's A Navaneethakrishnan cited late Jayalalitha to emphasize that she always wanted the special provision to go.

"Amma (as Jayalalitha was popularly known) was well known for upholding sovereignty and integrity. So AIADMK party supports the two resolutions, Reorganisation Bill and the Reservation Bill," he told Rajya Sabha.

TDP chief N Chandrababu Naidu, whose party left the Modi government over special status to Andhra Pradesh, voiced his support for the scrapping of Article 370 on Twitter.

"Telugu Desam Party supports the Union Government as it seeks to repeal Article 370. I pray for the peace and prosperity of the people of Jammu and Kashmir," the former Andhra Pradesh chief minister tweeted.

AAP convenor and Delhi Chief Minister Arvind Kejriwal, who has been at loggerhead with the Centre, took to Twitter to announce his party's decision to support the government on the resolution.

He said: "We support the government on its decisions on J&K. We hope this will bring peace and development in the state."

The resolution to do away with the provision was introduced by Home Minister Amit Shah in Rajya Sabha. Shortly after the introduction of the resolution, President Ram Nath Kovind came out with a notification -- The Constitution (Application to Jammu and Kashmir) Order, 2019 that will come into force immediately.

The order will supersede the Constitution (Application to Jammu and Kashmir) Order, 1954 as amended from time to time.

The resolution was met with stiff opposition from the main Opposition Congress, DMK, MDMK, with DMK chief MK Stalin calling the move "murder of democracy".

Later, the Constitution (application to Jammu and Kashmir) Order, 2019, which scrapped Article 370 was taken up in Lok Sabha.