The Congress has been on the offensive taking on the Prime Minister. 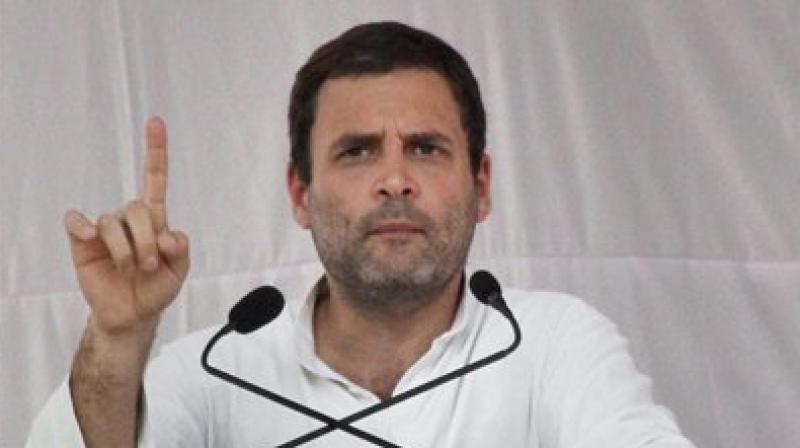 New Delhi: Congress vice-president Rahul Gandhi once again hit out at the Prime Minister over the Sahara and the Birla diaries, where the name of the prime Minister allegedly has figured. Mr Rahul Gandhi tweeted, “Immunity for Sahara or immunity for Modiji? If your conscience is clear Modiji why fear investigation?” Rahul has been on an offensive demanding inquiry into the diaries of Sahara and Birla group of companies which were seized during an Income-Tax search.

Rahul Gandhi’s attack comes after the Income Tax Settlement Commission order came to light in which the ITSC has held that the submission given by Sahara is correct. The ITSC has granted Sahara immunity from prosecution and penalty following raids conducted on November 2014, during which the purported “diaries” listing alleged pay-offs to politicians were recovered. Significantly, the ITSC has concurred with Sahara’s claim that the “evidentiary value” of the “loose sheets” recovered during the raids “could not be proved” by the Income Tax Department.

Mr Rahul Gandhi had alleged a fortnight back that Mr Modi as Gujarat chief minister had taken money from Sahara and Birla groups and had demanded an independent inquiry into it, a charge BJP rejected as an attempt to divert attention from AgustaWestland probe in which the names of Congress leaders and the “family” were coming up.

The Congress has been on the offensive taking on the Prime Minister. They have started a month long agitation across the country. In the agitation, there will be two important issues; name of the Prime Minister figuring in the diaries and the issue of demonetisation.