Sharad Yadav and Babulal Marandi are not the only political leaders who met Lalu inside the jail. 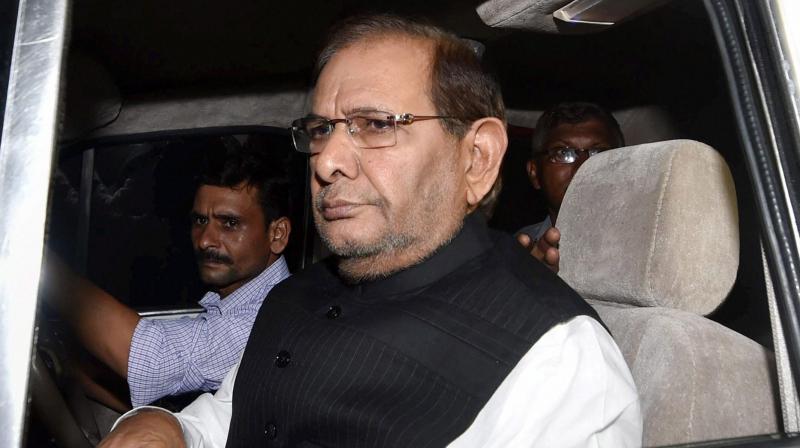 Patna: Rebel JD(U) leader Sharad Yadav meeting with RJD chief Lalu Prasad Yadav inside jail has fuelled speculations regarding the emergence of an anti-BJP front before the 2019 general elections. Former Jharkhand chief minister Babulal Marandi was also present during the meeting on Monday.

Sources claim that Sharad Yadav and other political leaders are making an effort to bring secular parties on one platform to oppose the NDA government at the Centre in the upcoming elections.

The RJD chief has been at the forefront of building a larger secular front against the BJP. Ahead of his meeting, Sharad Yadav accused the BJP of putting the country’s unity at risk through divisive politics. He also spoke about the prospects of bringing Opposition parties together ahead of 2019 general elections.

“Effort is being made to bring all Opposition parties together on one platform. Before Lalu went to jail, he spoke about the issue,” ousted JD (U) leader Sharad Yadav said before he met Lalu inside Birsa Munda Jail on Monday.

Later, while appearing in the special CBI court after the meeting, the RJD chief said “when leaders meet, they discuss political situation of the country”.

Sharad Yadav and Babulal Marandi are not the only political leaders who met Lalu inside the jail. In January, HAMS state president Brishin Patel had met Lalu on the court premises.

Another meeting which fuelled speculations of a split in the NDA was when senior JD (U) leader and former Assembly speaker Uday Narayan Chaudhary visited Birsa Munda Jail to meet the RJD chief. Sources have also been claiming that RJD leaders are trying to woo another prominent NDA partner RLSP.

Recently, when RLSP chief Upendra Kushwaha had organised a human chain for reforms in education system, it was the RJD which supported him while key NDA partners like BJP and JD (U) refrained from the event. RJD joining hands with RLSP during the event had given rise to murmurs of a new alliance emerging in Bihar.

JD (U) leaders, however, downplayed all such speculations and said that “Sharad Yadav meeting Lalu Yadav inside jail shows his desperation for a Rajya Sabha seat”.