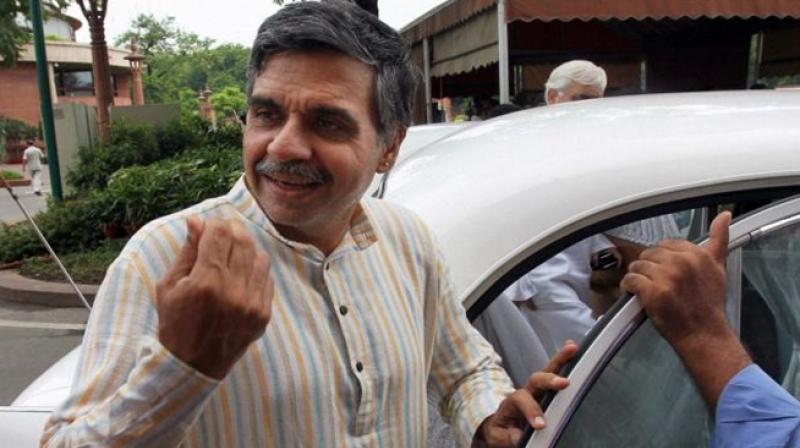 New Delhi: It is a fight to control the airwaves and counterpunch government’s claims. Congress Spokesperson Sandeep Dikshit has now started his own ‘kaam ki baat’ to take on the Prime Minister’s ‘Mann Ki Baat’ programme.

In the last two-and-a-half years, the Congress has been critical of the Mann Ki Baat programme of the Prime Minister. The party has filed complaints with the Election Commission of India regarding the broadcast of Mann Ki Baat during state elections.

Presently, the kaam ki baat episode is only available online on social networking sites and the YouTube channel. Like all new shows at first, the Congress wants to judge the response which these episodes are generating.

According to sources, the idea was to take the message of the Congress among the youths on the utterances of the Prime Minister in his radio programme. Hence the online medium becomes more effective as social messaging can be done easily.

Mr Dikshit has responded to all the three issues raised by the Prime Minister which included Digi Dhan, ISRO satellite launch and issues concerning the farmers.

“There are lots of claims which the Prime Minister makes in his Mann Ki Baat and takes credit for. The fact needs to be told that the base was built by the Congress governments which have (now) culminated (into results),” Mr Dikshit said.

In the last episode when the Prime Minister lauded ISRO for launching satellites into space, “he should have also praised the first Prime Minister Jawahar Lal Nehru who started ISRO and the space program,” Mr Dikshit argued.

Interestingly, Uttar Pradesh chief minister Akhilesh Yadav had also said that the Prime Minister should do “kaam ki Baat”. While the RJD was also planning to start its own kaam ki baat, it could  not take off for some unknown reasons.

The Congress feels that the government and the BJP is having a free ride in “usurping the credit” for the development work which it has done. Now it wants to once again stake claim to its legacy.