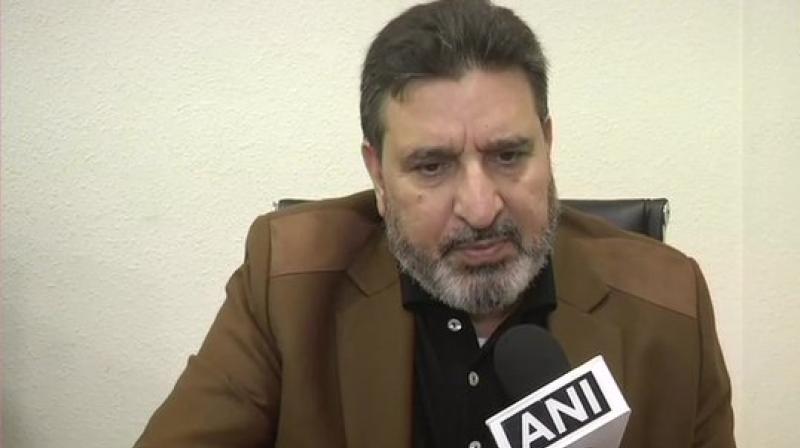 Srinagar: A new political party called the 'Jammu and Kashmir Apni (own) Party' (JKAP) will be launched on Sunday and will be led by former state finance minister Syed Altaf Bukhari, with a primary aim of proving “relief to people who have been facing uncertainty since August 5 last year”.

This will be the first political activity in Jammu and Kashmir after August 5 last year, the day the Centre withdrew the special status of the erstwhile state and bifurcated it into Union territories of Jammu and Kashmir, and Ladakh.

“Yes, I am in politics accidentally but my idea of politics is different -- I believe that it is a place where you can serve people to the best of your abilities,” said businessman-turned-politician Bukhari, who was part of the PDP till he distanced himself from Mehbooba Mufti, whose government was reduced to minority after the BJP withdrew support in June 2018.

There were differences between Mufti and Bukhari over the functioning of the PDP.

Bukhari (60), a graduate in Agriculture Science, will be joined by politicians from various other parties, including the National Conference (NC), the PDP, the Congress and the BJP.

The proposed party aims to take on regional outfits like the National Conference and the PDP, whose leaders, including Farooq Abdullah and his son Omar Abdullah, and Mehbooba Mufti, have been booked under the stringent Public Safety Act. These leaders were initially kept in preventive detention and later, booked under the PSA.

Bukhari called for release of all political leaders and said they should apprise the people of the changed realities. “I waited patiently for several weeks for others to step in but then decided to enter myself,” he said.

While the parties are focused on the release of their leaders, many of their workers are unable to get even two square meals a day. My effort will be to contribute in making their life better
- Bukhari

The former PDP leader, however, had a word of praise for ex-chief minister Omar Abdullah. “I think he is a man of principles and who will never make people suffer for achieving his own political goals unlike others,” Bukhari said, adding that he would extend all support in case his party came to power.

“My aim is to bring relief to people. It can be through my party or any other party that comes to power. I will extend complete support as long as the smile on the faces of the common people is ensured,” he said.

Bukhari said that in the new scenario, every political party should educate people about the changed realities of the erstwhile state.

“Show them achievable dreams and not a mirage. I say that I cannot turn the clock back and restore the special status of Jammu and Kashmir but I will work for the return of statehood and domicile in jobs and education sectors,” he said.

All these will be part of the party's manifesto, which will be launched in Srinagar on Sunday and later next week in Jammu, Bukhari said.