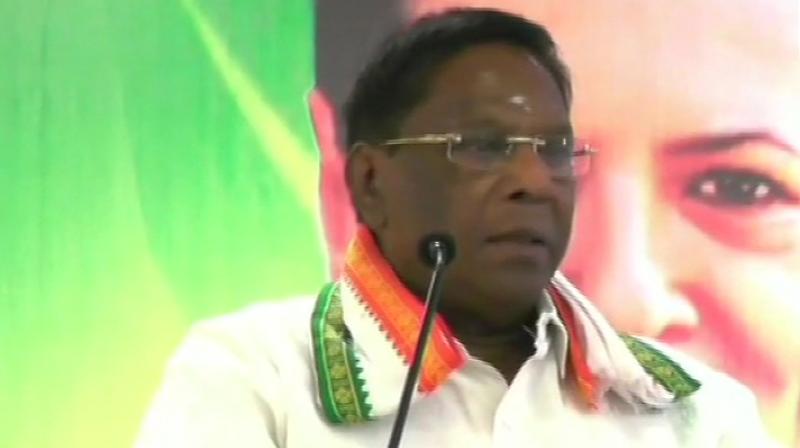 Puducherry: Opposition AIADMK on Friday demanded Puducherry chief minister V Narayanasamy's resignation in the wake of the Madras High Court dismissing a plea against recruitment process for the state election commissioner's post in the union territory.

Addressing reporters here, the leader of the legislature wing of the AIADMK A Anbalagan said the Congress government had been unsuccessfully challenging the administrative actions of the lieutenant governor Kiran Bedi on various issues.

Now, the posting of the SEC as per the process of appointment evolved by Bedi has been upheld by the high court which dismissed the petition of local administration minister A Namassivayam challenging her directive.

Anbalagan said the unsuccessful efforts on the part of the Congress government here exposed “the total powerlessness of the territorial government.”

Hence, he wanted the chief minister to quit the post and bow before the court judgements.

“The chief minister should have worked in tandem with the lieutenant governor in the larger interest of welfare of the people and development of union territory,” he said while urging Narayanasamy to step down.

Even the posting of three nominated legislators of the BJP was upheld by the court that brushed aside the petitions of the Congress challenging the nomination.

Similarly, the court upheld the modalities evolved by Bedi in operating the free rice scheme and rejected the chief minister's petition that only rice should be distributed to cardholders and that there should be no disbursement of cash equivalent to the quantum of rice.

The lieutenant governor took the stand that only cash should be remitted to bank accounts of cardholders and this too was upheld by the court.